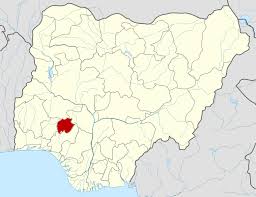 Most secondary and primary schools in Ekiti State could not resume on Monday over fears of another round of anti-impeachment violent protests in the state.

Public schools had earlier fixed their resumption for Monday.

It would be recalled that some pro-Governor Ayo Fayose protesters last week staged protests against the impeachment move by the 19 All Progressives Congress lawmakers in the state House of Assembly.

What further heightened the fear of parents and guardians was the various threats of protest at the weekend by the leadership of both commercial motorcycle operators, popularly called Okada riders, and road transport unions.

They had threatened to again storm the streets to protect the mandate given to Governor Fayose on June 21, 2014 when he emerged governor and prevent the 19 APC lawmakers from going ahead with their impeachment move against the former.

Though they eventually made good their threats, they however limited their action only to the sealed state House of Assembly environment where they kept vigil under the scorching sun for the greater part of the day, waiting to tackle the 19 APC lawmakers who were rumoured to have planned to force their way to the state on Monday.

However, fully armed regular and mobile policemen were at hand to keep the peace as well as repel whatever negative action might come from either of the two sides.

The usual barricade of roads and prevention of both human and vehicular movements, which had become a common feature since the crisis began, were also absent on Monday.

Many residents were seen going about their normal businesses.

Only few vehicles and motorcycles plied the roads in the early hours of the day over apparent fear of attack.

A drive round Ado-Ekiti, the Ekiti Sate capital, revealed that most of public and privately-owned schools shut their gates against pupils and parents.

Some of the few ones that opened for the new term politely sent back parents and their wards on the excuse that the coast was not yet clear as far as safety of lives and property was concerned.

A parent, Ajoke Ifeoluwa, said she decided to keep her three children attending a prominent private secondary school in Ado-Ekiti at home because she received a text message from the school authorities on Sunday announcing the shift of resumption date till Tuesday as a result of security concerns.