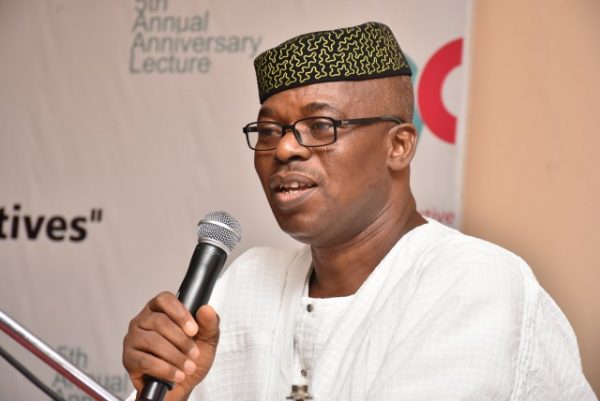 The Ekiti State Police Command has confirmed an attack on the campaign train of Chief Segun Oni, a former Governor and Social Democratic Party candidate, for the upcoming governorship election in the state.

Confirming the attack on Wednesday, the spokesman of the Command, Sunday Abutu, said it took place in Efon Alaaye.

Abutu, in a statement, said suspected political thugs carried out the attack.

He said suspected gun wielding political thugs invaded the campaign ground of the former governor and made spirited efforts to disrupt the rally.

Abutu said: “The hoodlums came to the venue with dangerous weapons to disrupt the consultation process of the SDP candidate, Segun Oni, but our men were able to put the situation under control.

“The police has begun investigation and arrest will be made and those behind it will surely have a case to answer.”

Earlier, Jackson Adebayo, Director of Media and Publicity, SDP Campaign, had in a statement said the campaign train of the governor was attacked by suspected thugs at Efon Alaaye.

Adebayo said: “The campaign train was brutally attacked with gunshots, cutlasses, sticks and stones by fierce-looking thugs at the centre of the town around 3:30pm.

“Shortly after members and supporters of SDP in Efon Local Government had converged at the venue to wait for arrival of the party’s governorship candidate, Asiwaju Segun Oni, the thugs started to shoot and attacked the SDP supporters with sticks and cutlasses.

“Some supporters were badly injured and vehicles in the convoy were damaged by the thugs.

“This is before the arrival of a detachment of police which overpowered the thugs.

“An officer of the Nigeria Security Civil Defence Corps was not spare by the APC thugs as they attempted to snatch his gun.

“He was wounded, but refused to surrender his gun.”

However, several efforts made by the News Agency of Nigeria to speak with Oni on the incident proved abortive as he did not picked several calls made to his cellphone.