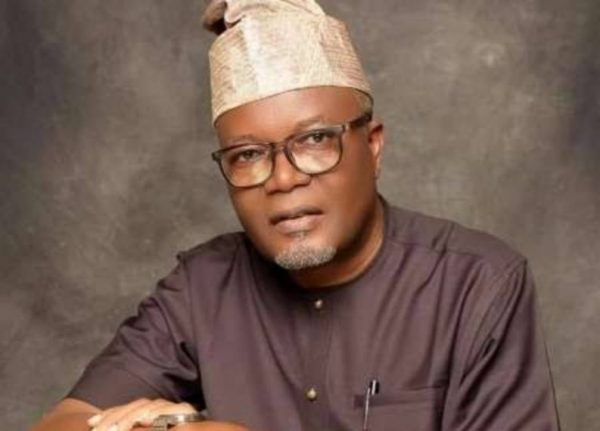 The opposition Peoples Democratic Party’s (PDP) candidate at Saturday’s governorship election in Ekiti, Otunba Olabisi Kolawole, has thanked the people of the state for their peaceful conduct during the exercise.

“With a deep sense of responsibility, I, Otunba Olabisi Kolawole, thank Ekiti people, PDP members and supporters who believed in us and in our cause to raise the banner of Ekiti State.

“According to the scripture, the race is neither for the swift nor the battle for the strong,’’ he stated in the letter entitled “Thank you all, Ekiti’’, issued on Sunday.

“We have tried our best and even though the election has not gone the way we had expected and deserved, we give all glory to God and wish Ekiti people well.

“We congratulate all those who supported us and thank them for believing in our desire to lift Ekiti State to an admirable pedestal.

“It is our prayer that Ekiti will grow from strength to strength in spite of all,’’ the Efon-Alaaye-born politician added.

The  former governor of the state, Ayodele Fayose, for his leadership and fatherly role and all party supporters for their loyalty, commitment and for believing in him and other party leaders before, during and after the election.

“We sincerely thank our indefatigable leader, Ayodele Fayose. We also appreciate all PDP leaders and members who supported us till the very end of the race.

“To all Ekiti people, I say thank you, thank you and thank you. To God is the glory,’’ he stated.

Recall that the All Progressives Congress (APC’s) candidate, Biodun Oyebanji, won Saturday’s election with 187, 057 vote, while the candidate of the Social Democratic Party (SDP), Mr Segun Oni got 82,211 votes.