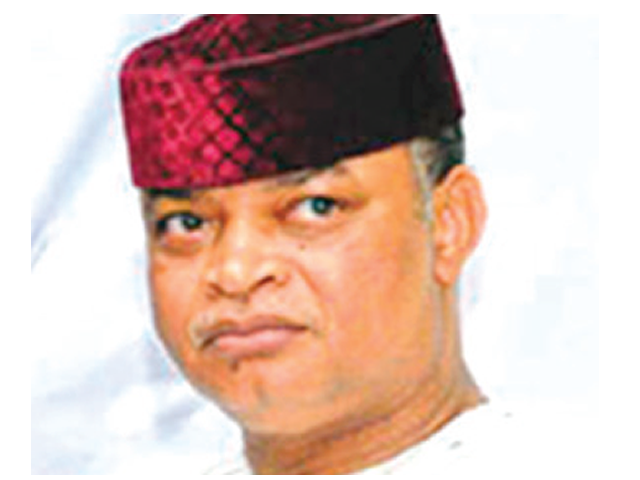 Security expert, Dr. Ona Ekhomu, has applauded the leadership of the Armed Forces of Nigeria (AFN) for the successful rescue of Flt. Lt. Abayomi Dairo whose Alpha jet was shot down by terrorist bandits in Zamfara State.

He said the purposeful leadership exhibited by the Chief of Defence Staff, Gen. Lucky Irabor, and the Chief of Air Staff, Air Marshall Oladayo Amao, made the difference.

“They ordered quick and aggressive response to the jet downing incident. This was responsible for the eventual positive outcome”, he said.

Speaking on the incident which occurred on Sunday, Dr. Ekhomu, president of the Association of Industrial Security and Safety Operators of Nigeria (AISSON) credited the successful rescue operation to the greater interagency cooperation and collaboration among the AFN.

Furthermore, the integrated battle formation which the AFN has adopted made it easier to combine resources and execute the rescue, he said.

Ekhomu said: “the service chiefs by going all out to rescue Lt. Dairo demonstrated that the lives of all members of the AFN are important. This is good for troop morale.”

He contended that the rescue of Lt. Dairo is the kind of story that is told only by the Americans.

Ekhomu recalled a similar rescue behind enemy lines of an American fighter pilot in March 1999. In the incident, USAF Pilot Capt. Scott O’Grady was shot down in Kosovo.

He skillfully evaded capture for six days until he was rescued. Ekhomu said that the same commitment to officer safety shown by the Americans in the Capt. Scott O’Grady’s case was displayed by the AFN in the case of Lt. Dairo.

He also praised the Directorate of Air Intelligence that was the leading edge of the rescue effort with its overhead platforms. The technical intelligence was critical to location and extraction of Lt. Dairo.

Ekhomu, the first chartered security professional in West Africa, said that the shooting down incident was quite troubling. He said that, clearly, the bandits now have the capability to threaten military air assets, which have been the backbone of bandit interdiction operations.

In Nigeria’s longest war – the Boko Haram insurgency, there have been three enemy attacks on aviation. These include the Wing Commander Chinda Hedima incident of October 2014, the UN helicopter attack of July 2020 and the Alpha Jet incident earlier this year which Boko Haram has taken credit for.

Given its goal to spread jihad in the whole of the North, Boko Haram may have provided resources and training to the bandits which is now threatening military aviation.

Ekhomu warned that the North West banditry problem is growing and spreading at a velocious rate. He urged the AFN to focus and defeat “this wicked enemy of the Nigerian people. The estimated 100,000 bandits operating in the North West are a mortal danger to Nigeria’s sovereignty,” he said.

He said that the Dessault-Dornier Alpha Jet travels at a subsonic speed of 994Km per hour. This puts the Alpha Jet beyond the threat of AK-47 or AK-49 rifles. However, AA guns, GPMGs and other high grade weapons could threaten the Alpha Jet in flight.

The security expert also praised the Nigeria Air Force for its excellent survival skills training which enabled Lt. Dairo to utilize cover, foliage and other evasive techniques to avoid capture by the bandits who were in hot pursuit.

He said: “this was a good day for Nigeria and we thank the armed forces for their service to the nation.”