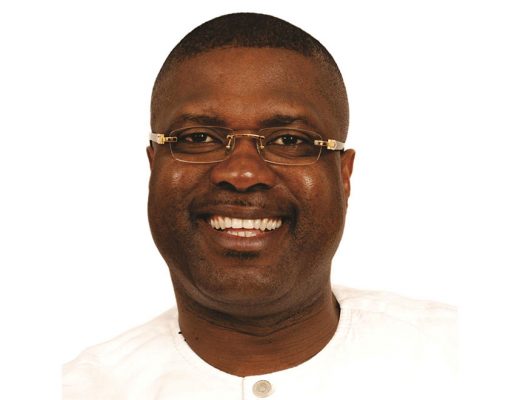 The gubernatorial candidate of the All Progressives Congress in Akwa Ibom State for the 2019 election, Obong Nsima Ekere, has promised to copy and domesticate in the state all Federal Government social intervention programmes, if elected next year.
Ekere made the promise during the flag off of the vocational skill training and empowerment programme for women and youths organized by the National Directorate of Employment in collaboration with the Future Assured Programme, the pet project of the Wife of the President, Aisha Buhari, and the office of the representative of Akwa Ibom North-West Senatorial District in the National Assembly, Senator Godswill Akpabio, at his campaign grounds in Uyo on Friday.
Ekere decried the lacklustre attitude to the social intervention programmes by the present State Government led by the Peoples Democratic Party.
He lamented that the State Government had failed to tackle the twin problems of poverty and unemployment ravaging the state and to maintain the state assets it inherited from the past government in 2015.
He said: “That is why the people of Akwa Ibom State are unanimous that there must be change.”
He commended Mrs. Buhari, who was present at the occasion, on the achievements of her pet project, pointing out: “You have showed by your project that you care for the people of Nigeria.”
Ekere, who is the Managing Director of the Niger Delta Development Commission, also lauded Akpabio, the immediate past State Governor, for facilitating the NDE empowerment programme.
He reiterated his promise to allow local governments fully access their allocations from the Federation Account, emphasizing: “You do not need to change the constitution before you stop stealing local government funds.”
Also speaking, Akpabio said he was supporting President Muhammadu Buhari because of the President’s integrity, love for the masses, fight against corruption and insecurity, improvement in power supply and a clear interest for Akwa Ibom State in terms of unprecedented appointments and projects.
He assured Akwa Ibom people: “The joy you experienced between 2007 and 2015 will come again in 2019 with Obong Nsima Ekere as the next Governor of Akwa Ibom State.”