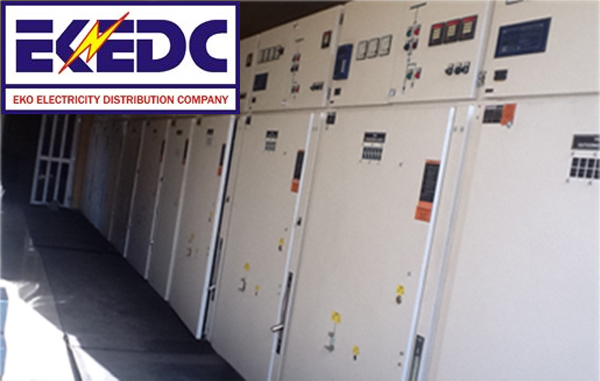 The management of the Eko Electricity Distribution Company’s tussle to ensure that individuals who assault staff of the company are brought to book, has yielded some fruits.
The company’s legal representatives have been inundated with reports of assault, public incitement and threat to life against personnel of EKEDC in recent time.
The company said in a statement on Saturday: “While we consider this very unfortunate, as a law abiding company, we sought the assistance of security agents in helping in the arrest and prosecution of these troublemakers. Sadly, some of them claim to be community leaders. This set of people have often made the company’s efforts to maintain a peaceful coexistence with customers very difficult.”
“In one of the cases of assault on our staff, on the 24th of May, 2019, one Mr. Moses Ogunleye, a resident of Mushin, led some group of people to House No.29 Omowunmi Street under Idi-Araba Undertaking of Mushin Business District to obstruct, restrict and assault the Eko Field Representatives (EFRs) of EKEDC during the May Cash drive activities. Mr. Ogunleye assaulted Mrs. Abejide and damaged her phone in the process. This act was caught on camera.
“The EFR however, reported the case at Olosan Police Station that same day, being the Divisional Police station having jurisdiction over the area of the incident. The culprit was arrested by the policemen from Olosan Divisional Police Station and the other group fled only to resurface with two police officers from (PANTI SCID) to arrest the ZDM (Engr.Yahyah Abdulrafiu) at Olosan Police Station as they alleged that there was a petition against him. The Divisional Police Officer and DCO stopped the police officers from panti SCID and asked them to do it in a proper way by sending police invitation to his organization (EKEDC) to release him for appropriate investigation.
“Mr. Ogunleye was granted bail at the police station at about 7pm on the same day.
“The case was however charged to court on the 31st of May and Mr.Moses Ogunleye was arraigned at court 1 Mushin Magistrate Court Ogba. He pleaded not guilty to the three counts charge and was subsequently granted bail with one surety in like sum of N80,000. The surety must be gainfully employed and the address be verified by the prosecutor.
“The case was adjourned to, Monday, 24th of June, 2019 for mention.
“Also, one Mr. Israel Olayinka, 52, of No. 115, Gaskiya Road, Ijora Badia, Apapa Lagos and some others, now at large attacked our staff, obstructed the EKEDC’s vehicle and incited the public against them as they tried to discharge their duties. This happened in 2018 with Mr. Olayinka fleeing at the time too.
“Olayinka conspired with his cronies to inflict beatings and injuries on Ajibola Matthew and Segun Ogunyemi, both staff of the EKEDC.
Nemesis however soon caught up with Olayinka as he was arrested and charged to the Samuel Ilori Magistrate Court, Ogba on the 21st of June, 2019. He however, pleaded not guilty to the 3-count allegation levelled against him. The court session was presided over by Mrs Y.O Ajiafunwa.
“The suspect has however been granted bail in the sum of N600,000 with two sureties and evidence of Lagos State Tax Payment and verifiable property address.
“However, latest information reaching the EKEDC confirms that he is still in Kirikiri Prisons as his bail terms are yet to be perfected.
“EKEDC will like to reiterate that it is committed to the provision of unrivalled service to its networks and customers but will not condone any act of violence and intimidation against its personnel as they try to discharge their lawful duties. The company also calls on community leaders to work in unison with EKEDC as we work assiduously hard to ensure better service provision to our teeming customers.
“We implore customers to use the numerous avenues we have opened to lodge complaints as well as suggestions.
“We also assure of our readiness to work with community leaders and their followers in the discharge of our duties to ensure a better and more peaceful coexistence.”