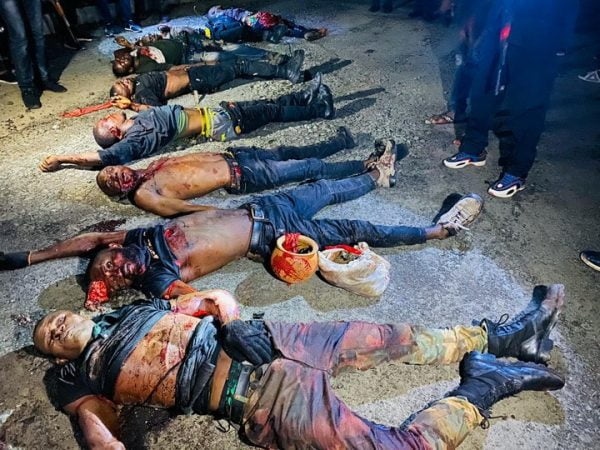 Joint security operatives on Thursday night killed no fewer than eight hoodlums after they resisted an attack on Orlu Divisional Police Headquarters in Imo State from unknown gunmen.

Also, the joint security operatives recovered seven vehicles the attackers came in for the operation.

Our correspondent gathered that the gun battle between the gunmen and the security operatives lasted several hours, as the military sent reinforcement from the 34 artillery brigade, Obinze, in Owerri.

The gun duel created an atmosphere of panic, as people scampered for safety, as the Roads in Orlu town and its environs were deserted.

A resident of the area who preferred not to be mentioned told our correspondent that “we slept with our hearts in our hands last night”.

He said an Amoured Personnel Carrier was allegedly set ablaze at Umuna junction in Orlu town.

He also disclosed that one of his cousins was hit by a stray bullet.

The Police Spokesperson in the state, Orlando Ikeokwu, could not be reached but a senior police officer confirmed the development to our correspondent.

The senior police officer told The PUNCH that the corpses of the hoodlums and their vehicles had been brought to the state police command headquarters in Owerri.

He disclosed that the police divisional headquarters was not razed neither did any security officer killed in the attack.