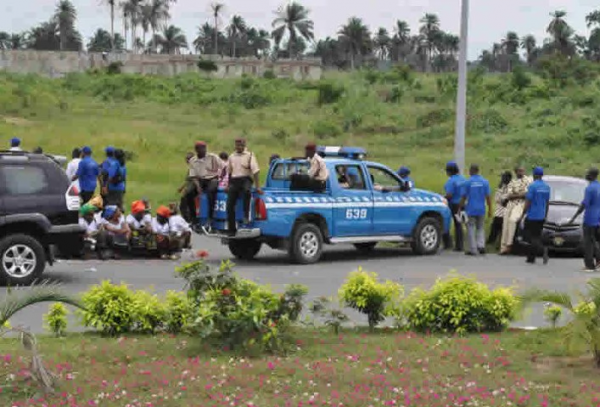 No fewer than eight people sustained various degrees of injuries in a head-on collison involving two commercial vehicles at Amawbia section, Awka, on the Enugu-Onitsha Expressway on Saturday.
The News Agency of Nigeria reports that the accident happened on the Onitsha bound lane of the road.
The registration number of the vehicles were ENU 82 ZE and XB 509 AHD both Toyota Hiace and white in colour.
Andrew Kumapayi, Sector Commander of FRSC in Anambra, confirmed that 29 persons were involved, 13 males and 16 females, and that nobody was killed in the crash.
Kumapayi said the injured were rushed to hospital for medical attention by the rescue team of the command, who arrived the scene some minutes after the incident.
He blamed the crash on route violation.
He said: “There was a crash involving two vehicles at Amawbia, opposite NIPCO filling station this afternoon.
“Twenty-nine persons were involved but eight persons, four males and four females sustained injuries.
“They have been rushed to the hospital and obstructions cleared by FRSC rescue team who arrived accident scene early.”
The sector commander warned motorists against route violation or driving against traffic on dual carriage roads.
He said route violation remained a traffic offence and warned that culprits would be arrested and punished.