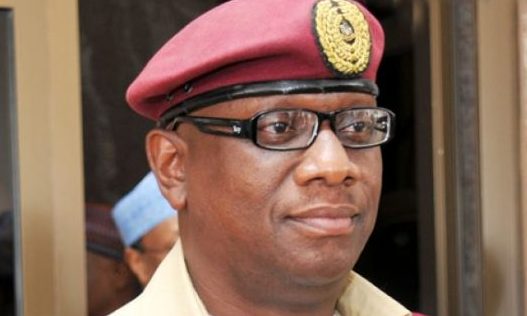 To ensure safe travels for all road users, the Federal Road Safety Corps (FRSC) says it has deployed a total of 3,500 personnel, 736 patrol vehicles and over 200 motorcycles for the 2021 Eid-el Kabir special patrol before, during and after the celebrations.

The Corps Public Education Officer, Bisi Kazeem, who disclosed this said that the Corps is embarking on the special patrol operation to ensure that motorists and other road users have a hitch-free celebration, amidst the COVID-19 pandemic, prevailing security challenges and the rain season.

He also said 120 ambulances and 25 tow trucks would be on the road during the special operation that would commence on 16 to 25 July 2021 nationwide.

He urged motorists to endeavour to avoid traffic violations and remain conscious of their safety to avoid not only arrest and prosecution by members of the corps, but falling prey to avoidable road crashes.

He added: “The mission of the special operation is to ensure free flow of traffic, provide prompt rescue services and timely clearance of obstructions on all major roads and critical corridors across the country before, during and after the festive period as well as reduce Road Traffic Crashes, Road Traffic Fatalities and Road Traffic Injuries; enforce strict compliance with COVID-19 protocols by motorists and road users, and ensure high visibility of the corps on the highways.”

Kazeem said the Corps Marshal, Dr Boboye Oyeyemi, had directed commanding officers operating across various formations nationwide to ensure that the 52 corridors are properly manned throughout the period of the operations.

He appealed to motorists to obey all traffic rules and regulations and cooperate fully with the FRSC and other law enforcement agencies that would be deployed for traffic management duties, saying Mobile Courts would be in session across the country for prompt dispensation of justice to recalcitrant traffic violators.

The Corps Marshal, also directed that the operatives pay first-rate focus to effective traffic control, wrongful overtaking, use of phone while driving, drivers licence violation, lane discipline, removal of rickety vehicles from the road, driving with expired/worn out tyres and driving without spare tyres etc.

To achieve the desired result, he said the corps has deployed operational equipment in the categories of radar guns, and breathalysers to put a check on drunk driving; as well as other operational logistic materials.

He said: “In addition to the deployment of the (aforementioned) operational tools, and in the quest for improved service delivery and effective patrol operations, the Corps Marshal further invested in advanced Information Communication Technology to beef up its operations.

“This device shall be put to pilot test during the forthcoming Sallah operations before the official inauguration later this year.”

He said special focus would be put in checking dangerous driving/overtaking, overloading violation, use of phone while driving, excessive speed, lane indiscipline/route violation, passengers’ manifest violation, illegal use of SPY number plate, latching violation, among others.