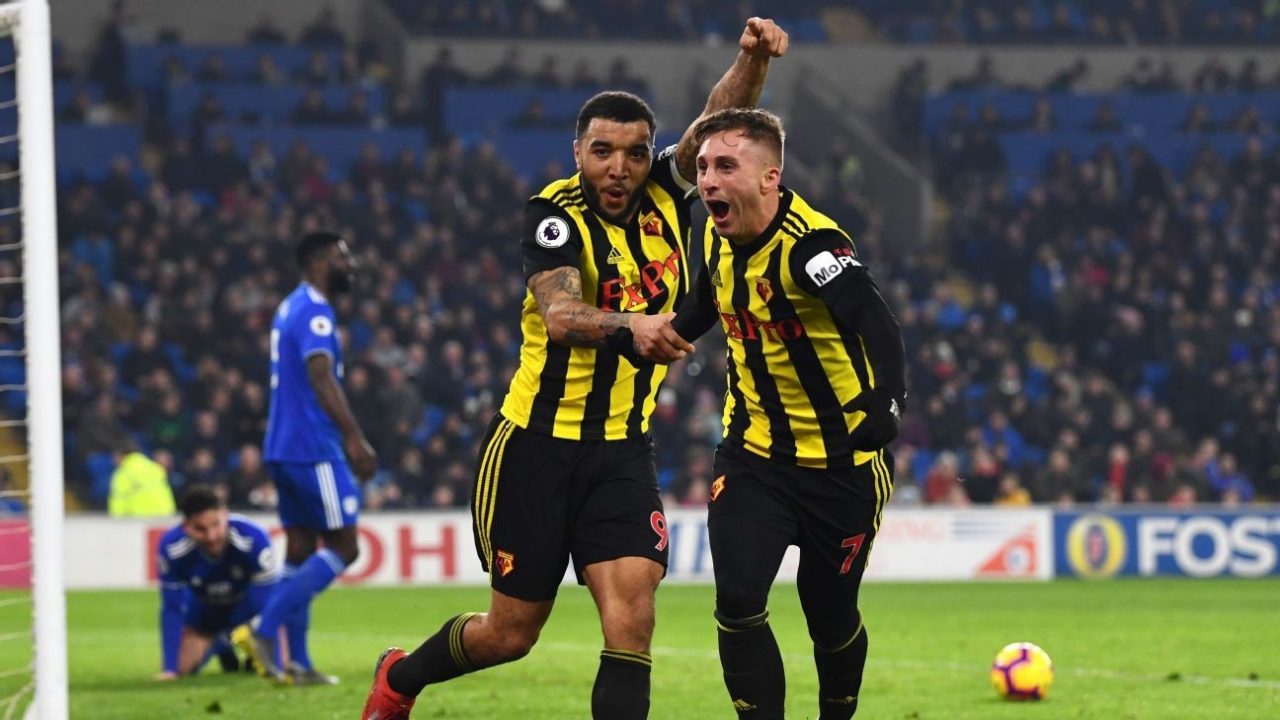 Share
Facebook Twitter LinkedIn Pinterest Email
Spaniard Gerard Deulofeu bagged a hat-trick as Watford hammered Cardiff City 5-1 on Friday to move up to seventh place in the English Premier League.
Deulofeu put Javi Gracia’s side ahead in the 18th minute after a mistake from Cardiff defender Bruno Manga, but it was after the break when Watford ran away with the game.
Deulofeu made it 2-0 with a clinical finish after a swift break in the 61st minute.
The former FC Barcelona and Everton winger completed his hat-trick after more poor defending from Neil Warnock’s side.
Deulofeu then turned creator, teeing up Troy Deeney for a simple tap-in as Watford romped into a four-goal advantage.
Cardiff, who are 17th and could fall back into the bottom three after this weekend’s games, pulled a goal back through defender Sol Bamba.
But Watford added further punishment with Deeney’s second in stoppage time.
Reuters/NAN.
Cardiff City EPL Gerard Deulofeu Javi GArcia Watford
Share. Facebook Twitter Pinterest LinkedIn Tumblr Email