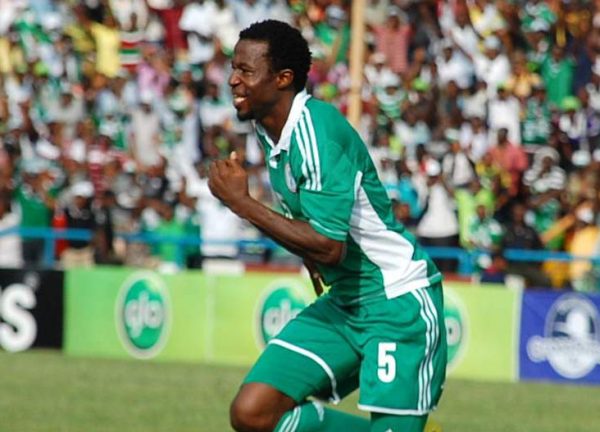 Celtic of Scotland and Super Eagles defender, Efe Ambrose, has vowed to make the final squad for the 2014 World Cup squad despite the stiff competition for places in the team.
The former Kaduna United utility player has warned on complacency, which, according to him, could cost regular players their shirts in the team since other players home and abroad are in rich form for their respective clubs.
Ambrose said: “Honestly speaking, I don’t think any player is sure of a starting place in the team for the 2014 World Cup now because there is going to be a hot contention for making the squad as a result of heartwarming performances from Nigerian players plying their trade at home and abroad.
“Nigerian players are really doing well in Europe since the leagues began and some that have not been called have been playing well for the coach to look their way.
“This is very good for the team and I have redoubled my efforts to play regularly for Celtic and help the club win laurels.
“This is the only way I can keep my place in both club and national team.”
The former Captain of Home Based Eagles, however, showered encomiums on the CHAN’s bronze medal winning Eagles for sending signals to the world that Nigeria has one of the best local leagues in Africa due to their fight back against Morocco in the quarter-finals before bowing on penalty shootout to runner-up, Ghana.
Ambrose added: “If not for ill luck, the team could have qualified for the final and you can see that the Eagles lost via penalty, which is also a game of luck too.
“All the same, the players have proved to be quality legs in the country.
“A special kudos goes to the Chief Coach (Stephen Keshi) for leading the team to what I believe is a successful outing.
“The reason being that my colleagues were able to tell the whole world that they can hold their own in African football and the coach must be praised for instilling confidence in them.
“I am particularly thrilled with the way we fought back from 0-3 down in first half of the quarter-final match against Morocco to win the game 4-3.
“That was amazing, thrilling and showed clearly the die-hard spirit of a typical Nigerian player.
“I am happy that we have more players who can join us from the home front to fight for World Cup shirts in the team.
“The stiffer the competition for shirts, the better for the team because there will be no complacency from any quarter.
“Everybody will have to work very hard and sweat to earn a place in the squad.”