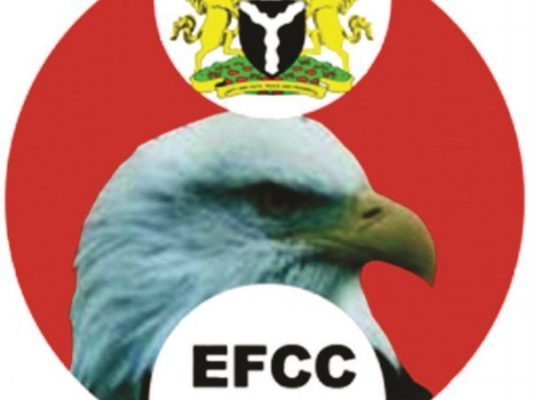 The Economic and Financial Crimes Commission has launched investigation of 16 foreigners arrested for alleged oil theft in Rivers.
The suspects, said to be Ukrainians, were apprehended and handed over to the commission by the Nigerian Navy Forward Operation Base in Bonny, Rivers.
EFCC spokesman, Wilson Uwujaren, disclosed this in a statement on Monday in Abuja.
He said the foreigners were being investigated alongside a vessel: MT SAN PADRE PIO, with registration number IMO 9610339 NT 2444.
He identified the suspects as: Vaskov Andriy, Garchev Mykhaylo, Shulga Vladyslav, Orlovkyi Ivan, Skoropupov Andrii, Nadaraia Leonid, Vorohin Andriy and Buriak Maskym.
The rest are: Skok Sergiy, Yakovenko Sergiy, Boiachuk Roman, Shakov Vladyslav, Serebriakov Olehshii, Tsuekanenko Gennadiy, Diachenko Dmytro and Postoiuk Sergii.
They were arrested on January 23 by the Nigerian Navy Ship, NNS SAGBAMA’s patrol team deployed for anti-crude oil theft and illegal bunking operations around Odudu terminal, Port Harcourt.
Uwujaren said: “Navy Captain S.W Olorundare, who handed over the suspects to the EFCC, said that they were arrested for allegedly operating illegally in Nigerian waters against the provisions of Nigerian Cabotage Trade Law.
“The suspects will be charged to court when investigations are concluded.”
The News Agency of Nigerian reports that the Navy has been a key partner of the EFCC in dealing with illegal oil bunkerers.
In January, 2017, the Navy handed over three suspects and four tug boats to the commission in Port-Harcourt.
That incident came barely a month after the arm of the military seized and passed over to the EFCC an oil vessel off-loading products suspected to be diesel on Eagle Island, also in Port Harcourt.