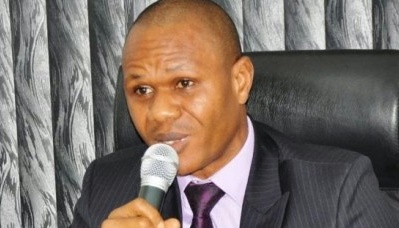 The Economic and Financial Crimes Commission on Wednesday confirmed the arrest and detention of two former governors – Ikedi Ohakim of Imo State and Murtala Nyako of Adamawa State.
Wilson Uwujaren, spokesman of the EFCC, confirmed the development in an interview with the News Agency of Nigeria in Abuja.
Uwujaren, who said Nyako’s son, Abdul-Aziz, was also in the custody of the commission, added that the three suspects were arrested on Tuesday.
He said the detention was ahead of likely arraignment before a Federal High Court in Abuja.
NAN recalls that Ohakim was on June 18 arrested and interrogated by the EFCC over allegation of corruption during his tenure as the governor of Imo State.
Nyako and his son were accused of criminal conspiracy, stealing, abuse of office and money laundering.
The EFCC had also alleged massive looting by top officials in Nyako’s administration when he was governor of Adamawa State.
Abdulaziz was being detained over N15 billion fraud discovered in the accounts of five of his personal companies.
NAN.