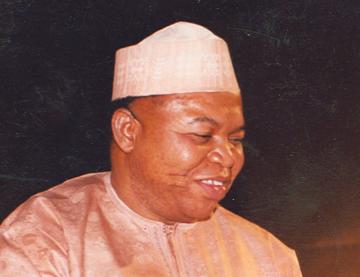 The Economic and Financial Crimes Commission has declared a former Governor of Kogi State, Alhaji Abubakar Audu, wanted for offences bordering on conspiracy, stealing and misappropriation of public fund.

The action followed the failure of the suspect to respond to invitation by the anti-graft agency.

According to a statement. On Thursday by EFCC’s spokesman, Wilson Uwujaren, an attempt by the EFCC to arrest Audu at his 32, Sulaiman Barau Street, Asokoro, Abuja residence on December 11, 2012 failed as he allegedly evaded arrest.

The former governor is alleged to have fraudulently enriched himself to the tune of over N4 billion while he held sway as governor of Kogi State between 1999 and 2003.

The move to arrest the ex- governor followed a Supreme Court ruling of November 23, 2012, which dismissed the ex-governor’s appeal to stop his trial by the EFCC.

The EFCC implored anyone with useful information about the whereabouts of Audu to notify its offices in Abuja, Port Harcourt, Lagos, Kano and Enugu or report at the nearest police station.