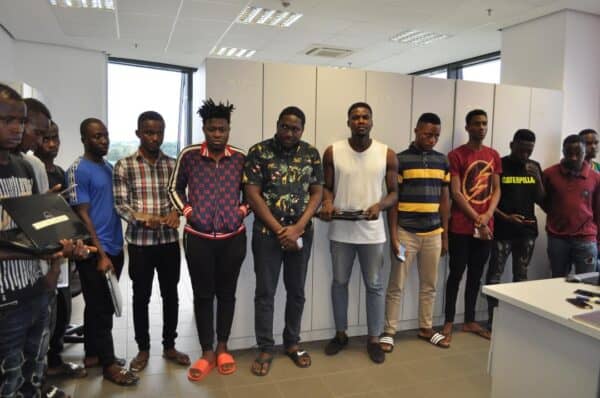 Operatives of the Advance Fee Fraud Unit of the Economic and Financial Crimes Commission, Abuja Headquarters have arrested 25 students of the Ladoke Akintola University of Technology, Ogbomosho, Oyo State for their involvement in various forms of cybercrime, including romance scam, love scam, possession of forged documents and obtaining money by false pretence.
The students, who are aged between 18 and 29, were arrested at their off-campus hostels following a three-day raid carried out between September 16 and 19, 2019.
A statement by the EFCC on Thursday said the operatives acted on intelligence report, which was investigated using sophisticated equipment.
The raid also followed months of surveillance and monitoring of their activities.
Those arrested included: Pelumi Adigun, 18; Umaru Frederick, 21; Damilola Emmanuel, 22; Tomiwa Oyewole, 29; Adeleke Owolabi, 24; Oladosu Abdullahi, 23; Abdulmusaq Ismail, 25; Isajimi Joshua, 23; Olaniyan Tunde, 22; and Ebosele Francis, 28.
Others are: Oladejo Ibrahim, 26; Oluwadamilare Abimbola, 25; Orimoloye Joshua, 23; Alfred Samuel, 22; Bayewu Ishola, 23; Abiola Gbenga, 25; Alfred Daniel, 20; Agboola Solomon, 21; Arolewola Damilola, 25; Amoo Tunmise, 23; Akeem Taiwo, 25; Segun Ajibola, 25; Hassan Segun, 24; Onicha Joel, 23; and Tafa Bassit, 25.
In the course of executing the search, Ismail, who confessed to being involved in internet fraud, took operatives round hostels, leading to the arrest of many of the culprits.
Some of the suspects who jumped over the fence to escape arrest, were nabbed in the process.
Some of the items recovered from them, which are believed to be the proceeds of their illegal activities online, include a 4matic  Benz, Toyota Camry, Toyota Corolla, two Macbook computers, two iPads, two iPhones and many other documents, which the EFCC said will be subjected to forensic analysis.
The suspected internet fraudsters, who are currently in the custody of the EFCC, will be soon be arraigned in court the statement said. 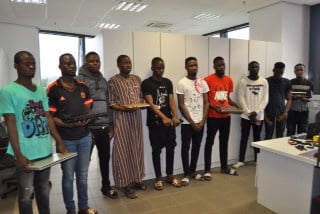 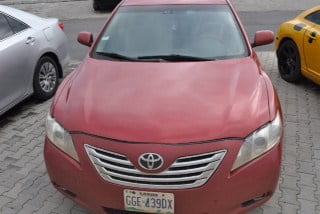 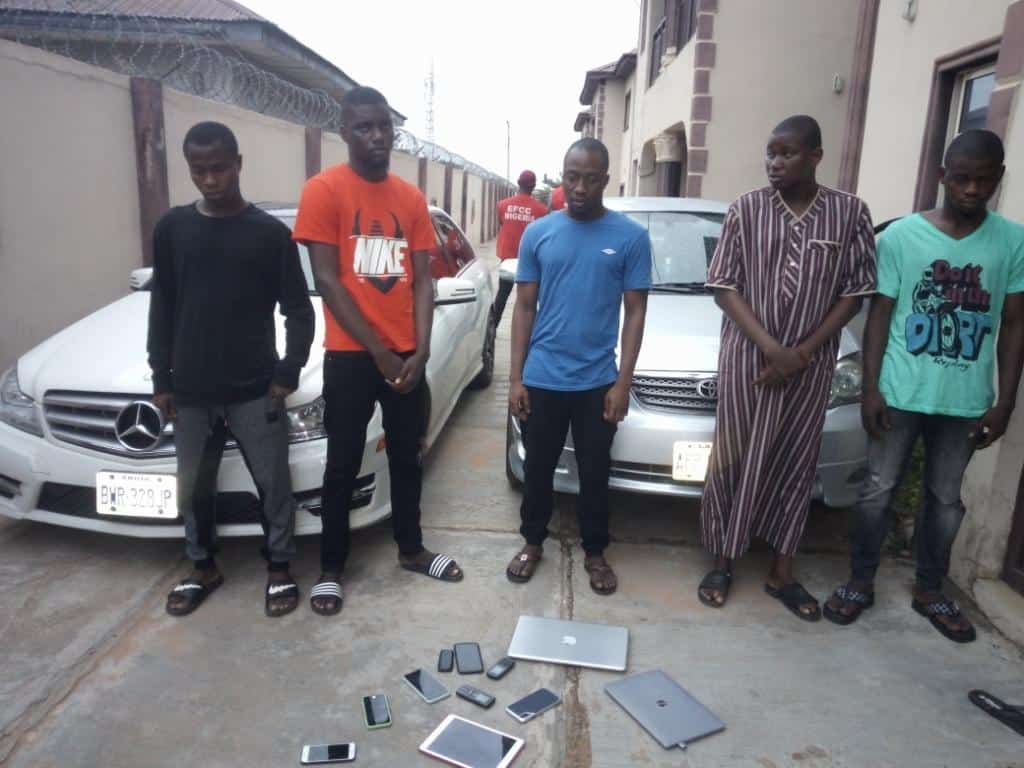 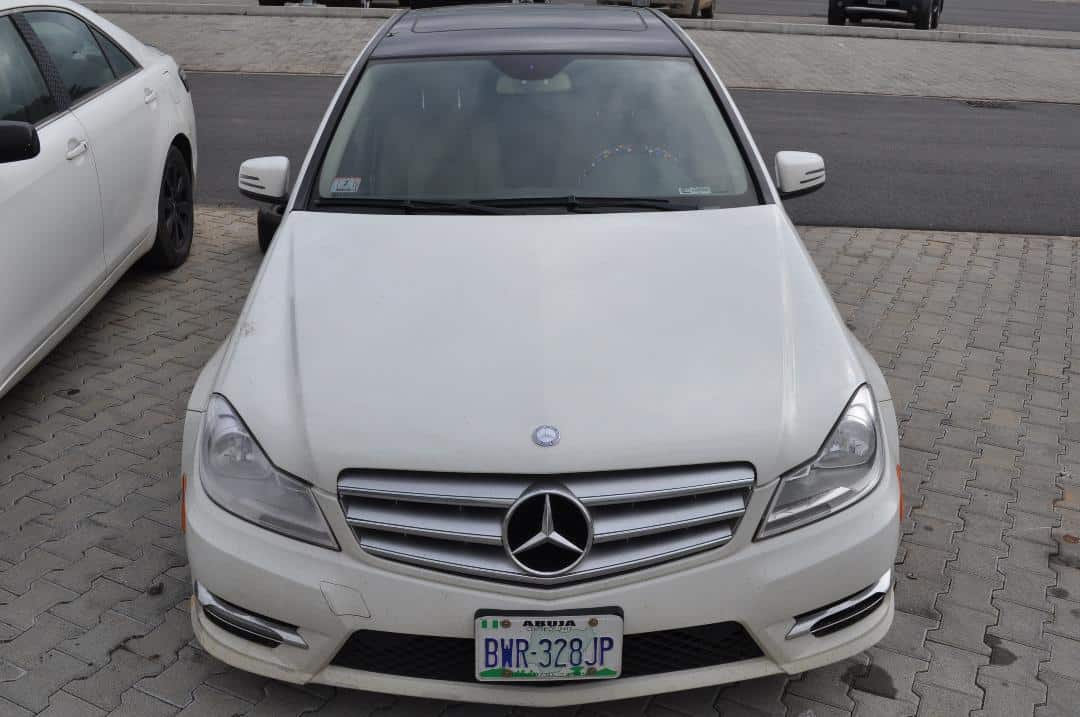