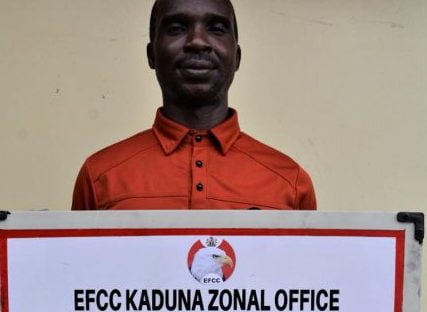 The defendants, as promoters of Victoria Travels Resorts Limited, were alleged to have fraudulently obtained a total sum of N4.24 million from the duo of Asika Tochukwu Casmir and Daniel Alabi Monday under the false pretence that they would obtain Canadian visa for them, as well as other arrangements.

The EFCC’s Head of Media and Publicity, Wilson Uwujaren, said that in 2018, the complainants engaged the defendants to arrange a trip to Turks and Caicos Islands, and paid N1 million each.

However, two days after their departure, one of the defendants, Aweh, informed them that the trip had been put on hold.

She offered an alternative – a visa to Canada – which they accepted and paid N4.24 million each for visa, consultancy and air tickets.

After a long wait, the second defendant, Olaleye, called and delivered the so-called Canadian visa and Yellow Fever cards.

He also informed them that they would be travelling through Kenya. 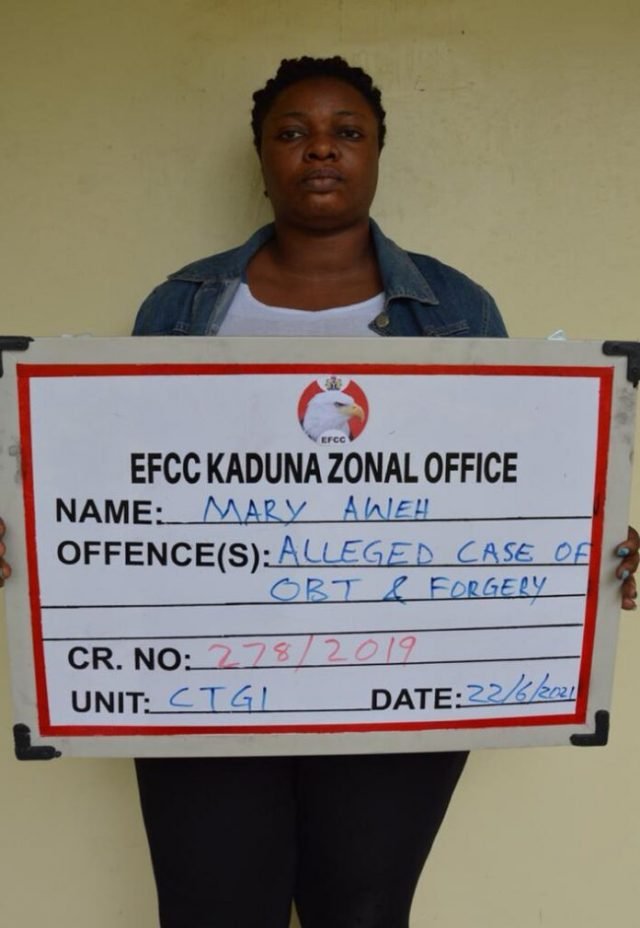 But when they arrived in Nairobi, Asika and Alabi were arrested and detained by Kenyan Immigration officials for possession of fake Yellow Fever cards.

Upon their release, the duo made efforts to contact Aweh to get her Kenyan representative to assist with the connecting flight to Canada but her phone lines were switched off.

The complainants were re-arrested by Kenyan Immigration and deported to Nigeria.

Count one of the charge had read: “that you Mary Aweh and Olaleye Samuel Oluwadamilare sometime in March, 2018 in Kaduna within the jurisdiction of this Honourable Court, with intent to defraud, did conspire to commit an offence to wit: obtaining a total sum of N4.24 million (Four Million, Two Hundred and Forty Thousand Naira) only from the duo of Asika Tochukwu Casmir and Daniel Alabi Monday under the false pretence that you can obtain Canadian visa for them, which pretence you knew to be false and you thereby committed an offence contrary to Section 8(a) of the Advance Fee Fraud and Other Fraud Related Offences Act 2006 and punishable under the Section 1(3) of the same Act.”

After the charges were read to them, the defendants pleaded not guilty, prompting the prosecution counsel, Jamil Musa, to ask the court to fix a date for commencement of hearing.

The defence counsel, A. L Damsaka, however, urged the court to grant his clients bail.

The judge granted bail to the defendants in the sum of N2 million each and a surety in like sum.

Justice Tukur said that the sureties must be of good character and possess evidence of tax payment for the past three years.

He ordered them to be remanded at the Correctional Centre pending the perfection of their bail terms.