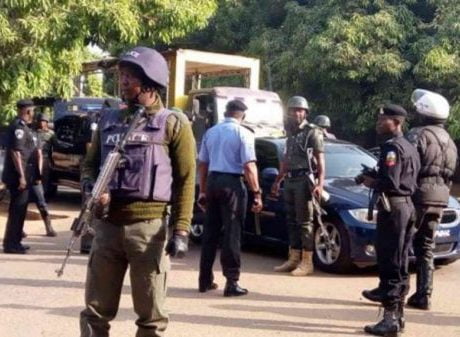 The Police Service Commission has lauded the security presence at the various voting centres visited by a team from the commission deployed  to monitor police conduct during Saturday’s governorship election in Edo.

The Head, Press and Public Relations of the commission, Ikechukwu Ani, disclosed this in a statement on Saturday in Abuja.

He said there was enough presence of police and other security agencies, adding that the continuous deployment of unarmed security personnel, however, exposed the electoral process to threats in some locations.

Ani said the team from the commission covered the three senatorial zones and visited 132 polling units in nine local government areas in the state.

“The commission received 53 calls and 32 text messages to its three dedicated telephone numbers for the election.

He said police men in the polling units visited “were professional, courteous and arrived at their places of assignment in good time.”

Ani, however, said the police were overwhelmed in some places where there was large voters’ turnout.

According to him, most of the complaints received from callers were mainly cases of vote buying, snatching of ballot boxes arising from the inability of the police to offer any resistance and skeletal shooting incidents.

He said there were also complaints from some of the participating police officers who said they were yet to receive allowances for the election.

Ani said the team from the commission observed massive security details on major roads and junctions in the state with strict enforcement of vehicular movement.