Edo CP tasks officers on service to Nation as he retires 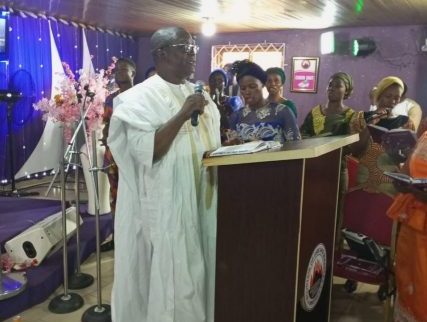 Retiring Edo State Commissioner of Police, Phillip Ogbadu, on Sunday tasked officers to continue to be dedicated in their service to the state and country at large.

He stated this at a special thanksgiving service ahead of his retirement at the Mountain of Fire and Miracle Church, Benin.

The News Agency of Nigeria reports that Ogbadu will retire from the Nigerian Police Force on Monday (today) after 33 years of service.

He noted that on assumption of office as the CP Edo State Command in January 2021, the rate of crime, especially kidnapping and cultism, was very high.

He said: “But through God, we were able to manage the situation and great improvement was recorded.

“There are no bad policemen.

“Those police we see as bad will do even much more better than those we see as good when a situation calls for drastic action.

“Policemen need to be assigned to duties according to their specialty.

“Success is not achieved by the person at the top alone.

“Without able lieutenants, the person at the top cannot achieve any success.

“So I plead with you, do not relapse after now.”

The CP decried manpower shortage in the force due to risks of various kinds in the course of service.

“Within one year of service, some of them lost their lives to armed robbers, assassins and others, and as at today, we are less than 55 remaining.

“That I joined the force, went for various assignments, most of which were very risky, and by the grace of God I’m alive to retire after 33 years of service, is more than enough reason for me to come and give God thanks.”

He advised those still in service to seek God early.

“According to him: “If you know God early, it’s very good.”

Ogbadu also encouraged them to continuously do good and what is right without hiding where they stand on any issue.

“Let people know your stand, and let us live rightly,” he added.

In his message, the Resident Pastor of the church, Sam Iragbese, said that living is not by right, but by the mercy of God.

Taking his scripture reading from Luke chapter 17 verse 17, where only one leper out of the 10 cleansed came back to thank God, Iragbese noted that irrespective of who man is, God is responsible for his breath.

He said: “God will not complete your blessings until you return to thank him.

“It is a good thing to give thanks to God.

“Thanksgiving is a way of asking God for more.

“Thanksgiving is also a way to seek your blessings and preserve it.”