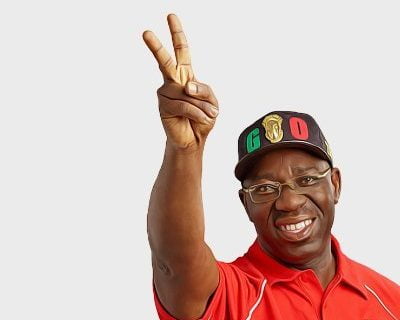 The Court of Appeal in Benin on Wednesday upheld the victory of Governor Godwin Obaseki of Edo State in the 2020 governorship election.

The judgement was delivered barely two months after the Elections Petitions Tribunal struck out the petition by the Action Democratic Party and its governorship candidate, Iboi Lucky.

The party had challenged the outcome of the September 19, 2020 governorship election that returned Obaseki of the Peoples Democratic Party as governor of Edo State.

The Appeal Court, delivering the judgement in the case marked: CA/B/EPT/GOV/01 & 1A/2021 Action Democratic Party & Anor v. INEC & 2Ors, held that Obaseki did not forge the certificates with which he contested the 2020 governorship election, dismissing the appeal filed by the ADP and its candidate.

In another case, marked: /B/EPT/GOV/02/2021 Action Peoples Party (APP) Vs Godwin N. Obaseki & 2Ors, the Court unanimously upheld the Judgment of the Tribunal and dismissed the appeal with costs assessed at N600,000 each on two different counts.

The governor won all the eight issues for determination in the appeal.

Delivering the judgement in favour of the governor, the Presiding Judge, Justice M. A. Owoade, dismissed the main appeal, the preliminary objection and the cross appeal.

The Judge noted that the inclusion of the All Progressives Congress and its candidate, Pastor Osagie Ize-Iyamu, as respondents in the petition, was a ploy by Ize-Iyamu to fight his case through another petitioner.

He described it as a case of “squeezing the rock for water”.