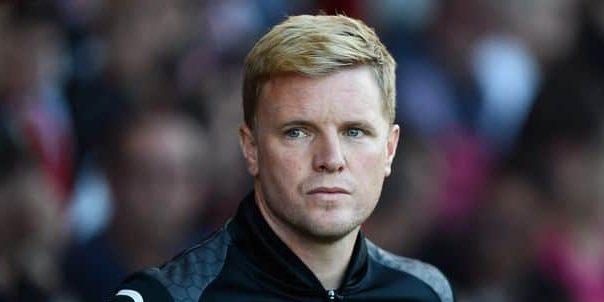 The Englishman moved to St James’ Park in November after the Saudi Arabia Public Investment Fund opted to replace Steve Bruce after completing their takeover of the club.

At the time, the Magpies were down at the wrong end of the table and at risk of being relegated from the Premier League.

However, Howe successfully guided Newcastle away from trouble, the club eventually finishing in 11th position in the standings.

In total, the 44-year-old has recorded 13 wins and five draws from his 28 matches in the dugout, and it has proven enough to earn a new long-term deal at the North-East giants.

Speaking to the club’s official website, Howe said: “It’s a great feeling to commit my future to this incredible club. I’m extremely proud to be the head coach of Newcastle United and have enjoyed every moment here.

“I’d like to take the opportunity to acknowledge my coaching team, the players, staff and supporters. They make it a very special place to be every day.

“I’d also like to extend my gratitude to our owners and to Dan Ashworth. We are still at the start of our journey, but this is an exciting time to be a part of Newcastle United and I’m very excited about the future together.”

Newcastle are currently preparing for the start of the new top-flight campaign with Nottingham Forest the visitors to St James’ Park on Saturday.

The likes of goalkeeper Nick Pope and defender Sven Botman are expected to make their debuts against the newly-promoted side after leaving Burnley and Lille respectively.

However, earlier on Friday, Howe attempted to play down expectations regarding further new arrivals, suggesting that a new forward may not arrive before the start of September.

Speaking to reporters, Howe said: “Hopefully you can see what I tried to tell you at the end of last season was the truth. FFP will impact us for a number of years. We’re not in a position to pay wages or fees, some people think. We have to be creative & smart.

“We’re in a position where if any player gets injured, we’ll be stretched. But in that area, yes, we do have players who can stand up in [Allan] Saint-Maximin & Joelinton.”

Howe has been allowed to spend in excess of £140m on new players since his arrival at the club.