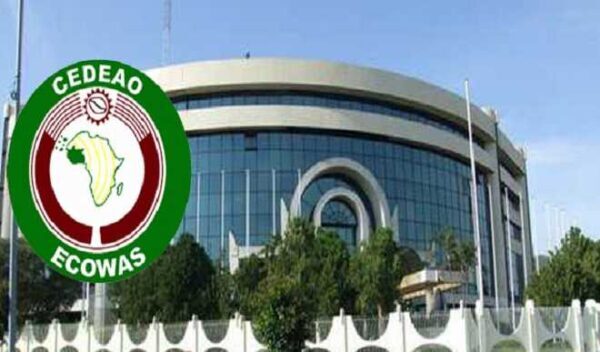 The ECOWAS Parliament on Monday elected Sidie Mohammed Tunis from Sierra Leone as the new Speaker of the sub-regional parliament.
At the inaugural session of the 5th Legislature of the Parliament held in Niamey, Niger Republic, delegates from the 15 member-countries unanimously elected Tunis to preside over the Parliament.
The Parliament also elected Deputy Speaker of the Nigerian House of Representatives, Ahmed Wase, as the First Deputy Speaker, the highest ranking deputy of all four deputies.
Hon. Boucary Chaibou from Republic of Niger was elected as Second Deputy Speaker; Hon. Aklesso Atcholi from Togo, Third Deputy Speaker; and Hon. Adja Pinto from Guinea Bissau was elected as the Fourth Deputy Speaker.
Speaking after his inauguration, Tunis paid tribute to the past leadership of the Parliament for laying a good foundation for the 5th Legislature.
He said: “Today, I stand in humble appreciation to all the Honourable Past Speakers for the endurance and passion with which they conducted this office and ensuring that it occupies its rightful place in the sub-region and beyond.
“They fought a good fight, they laid a solid foundation, and it is now incumbent upon us to continue to propel this Parliament to Nobler heights.”
Tunis gave kudos to the heads of government for the efforts on combating terrorism in the region.
He said: “I applaud the Authority of Heads of State and Government, which emanated from its September 2019 Extraordinary Session on Terrorism in Ouagadougou, Burkina Faso.
“It is my optimism that the reevaluation of our Regional Counter-Terrorism Strategy, highlighted in that session, will yield the much-needed result as we strive to protect our borders.”
He proposed the establishment of Public Account Committee with the core mandate of reviewing audit reports submitted by the commission.
Tunis said more efforts shall be made to ensure that the enhanced powers of the Parliament to exercise oversight functions over the Community’s activities will be better implemented.
The new speaker promised that in exercising its advisory role, the parliament under his leadership would ensure that the community’s budget are dedicated to programmes and projects that would impact positively to citizens at the grassroots.
He said: “We must pay close attention to the performance aspect of budgeting by  demonstrating to stakeholders that ECOWAS resources are being used effectively to achieve results and that these results are beneficial  to our citizens.
“If ECOWAS state and government must be accountable to its citizens and donor partners, then the process must begin with ECOWAS citizens themselves. All monies must be scrutinised and the ECOWAS institutions must be run as efficiently and effectively as possible.”
The new speaker promised to work with the Authority of Heads of State and Government as well as Council of Ministers to ensure that the region was safe, secured and prosperous.
While commending the ECOWAS Female Parliamentarians Association for aspiring young women in the region to greater heights, Tunis pledged his commitment to support the association.
He paid glowing tribute to all past Speakers whom he said laid solid foundation through their sacrifices for the growth of the parliament and promised to continue in their footsteps.
The News Agency of Nigeria reports that the first Legislature of the ECOWAS parliament was inaugurated in Bamako, Mali in 2000, with Prof. Ali Nouhoum Diallo emerging as the first speaker.
In 2006, the second Legislature was inaugurated under the leadership of Mahamane Ousmane from the republic of Niger for a four-year tenure following the reduction of the tenure from six to four years.
Dr. Ike Ekweremadu from Nigeria emerged as the speaker of the third legislature, which was inaugurated in August 2011, while Hon. Moustapha Cisse Lo emerged as the Fourth Legislature Speaker.
NAN also reports that the speakership of the Parliament is rotated among countries in Alphabetical order, hence it went from Mali, Niger, Nigeria, Senegal and now Sierra Leone.
Based on this arrangement, by 2024 the next Speaker in the 6th Legislature of the Parliament will come from Togo.