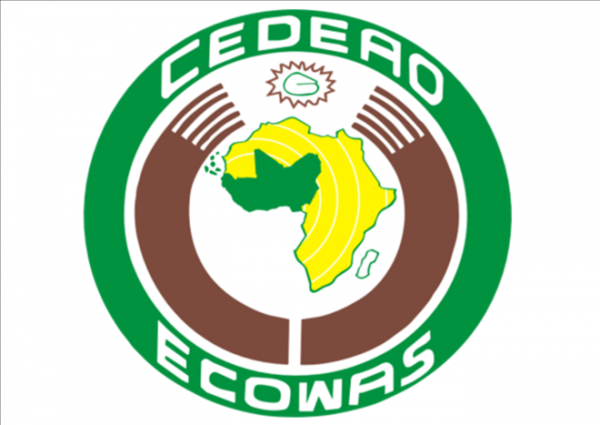 The ECOWAS Community Court of Justice said it received 352 cases and delivered 127 judgments from the first quarter of 2015 to the second quarter of 2018.
This was made known at the hand-over ceremony of the president of the court and the college of judges to the new judges in Abuja.
The outgoing president of the court, Justice Jérôme Traoré, said since assumption of office of the judges in 2014, external court hearings were held in line with relevant protocols.
Traoré said that such sessions were held to “bring the court closer to the litigants of the community”.
The court’s president said that the court had also developed relations with other international courts and concluded partnership agreements with organisations devoted to human rights defence and protection.
He, however, stressed that the decision of the authorities to reduce the number of judges from seven to five would hamper the effectiveness of its functions.
The News Agency of Nigeria recalls that institutional reforms were announced in Monrovia, during the statutory meetings of the ECOWAS in June 2017.
He said: “With the increasing rate at which cases are being filed before the court, staff strengthening becomes indispensable in order to avoid undue delays in the delivery of justice.”
NAN also recalls that the court, had on several occasions, kicked against the proposed reduction of the number of its judges.
Chief Registrar of the court, Tony Anene-Maidoh, said 90 cases were pending before the court, adding that the drop in the number of judges posed an “existential threat” to the court’s activities.
Anene-Maidoh emphasised the reforms made were against the community protocols guiding the establishment of the court.
He said: “Another looming minefield is the reduction in the number of translators from nine to six; currently, there are 585 court processes awaiting translation.
“The judges need quick translation of the court processes into three official languages to facilitate their work; inadequate capacity in the language services can only lead to inordinate delay in the administration of justice.
“The importance of providing a conducive work environment for the honourable judges and staff cannot be overemphasised; we appeal to the President of the Commission to kindly intervene.”
President of the ECOWAS Jean-Claude Brou encouraged the members of the court to “work in accordance with the scheme” of changes.
Brou reassured of the commission’s support to strengthen the efficacy of the court.
The commission’s president further commended the efforts of the court in promoting human rights in the region and in promoting the trust and credibility of the ECOWAS institutions.
The new President of the court, Justice Edward Asante, also assured of the court’s unrelenting efforts in the sustenance of human rights in the region.
Asante also encouraged the members of staff “put in their best to ensure that cases were attended to effectively”.
He added: “Though the numbers reduced, we are going to be certain to deliver on the task.”