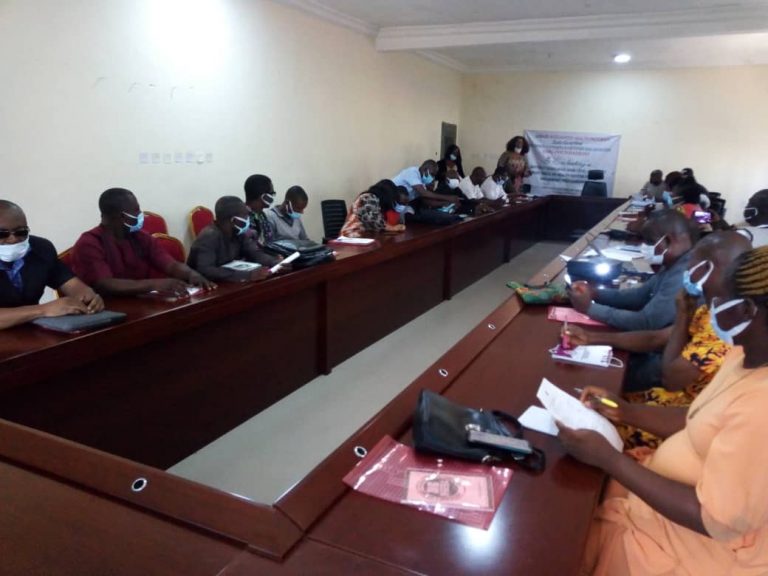 The 2010 report of the World Health Organisation’s High level Taskforce on Innovative International Financing for health systems estimated that low income countries would need to spend an average of between 40, 60 and 80 US dollar per capita by 2015 to be able to deliver a set of essential health interventions. The estimate was subsequently updated independently to 2012, resulting in an average figure of 86 US dollar per capita, which clearly and explicitly refers to the required level of government or public health expenditure.

In April 2001, African leaders in a meeting in Abuja, Nigeria, set a target of at least, 15 per cent of their countries’ annual budget towards improving the health sector. This became known as the Abuja Declaration on health financing.

Unfortunately, Nigeria’s budget and most of its states, since 2012, have not neared the target. Consequently, the health systems have continued to perform far below recommended levels for Universal health standards.

In Ebonyi State, for instance, uptakes of primary healthcare services are very low, with poor facilities and inadequate human resources for health. Even with the interventions of international partners like the USAID, UNICEF, among others, reports have it that Ebonyi still ranks highest in South east in terms of maternal and infant mortality, an indication of the poor status of primary healthcare centres.

Worried by the development, a civil society organisation, Development and Integrity Intervention Goals (DIG) Foundation has recently been leading campaigns for increased budgetary allocation to the health sector in Ebonyi State, leveraging on the support of the United States Agency for International Development-funded Integrated Health Program, IHP.

Precisely on Friday, October 8, 2021, the DIG, under its USAID-Integrated Health Program’s Sub-grant project engaged Ebonyi lawmakers on a one day quarterly legislative High Level Advocacy on health sector financing and budget performance where it challenged the lawmakers to make more inputs in the health sector: critical infrastructure, supply chain and the issue of health personnel.

The event organized in collaboration with the USAID-IHP also brought together Town Union leadership, representatives of government Ministries, Departments and Agencies concerned especially with primary health; representatives of the Ministry of Finance as well as other partner Civil Society Organisations, Non- Governmental Organizations and the media in a round-table with the lawmakers.

Speaking on the objective of the meeting, the Executive Director, DIG foundation, Oliver Aja Chima, explained that the essence was to introduce to the lawmakers and other stakeholders, the Advocacy and Accountability Project of DIG as USAID IHP sub-grantee; to  discuss issues around health financing and citizen engagement, as well as advocate for State House of Assembly members to prioritize Primary HealthCare in the budget, including issues of human resources.

Chima, in a presentation explained that apart from the year 2020 in which Ebonyi State allocated 17.22 per cent of its Budget to health, owing to the COVID-19 pandemic, the state from 2012 to 2019 had always allocated only between 2 and 9 per cent of budgetary provision to health, adding that the 2021 Budget allocated 12.40 per cent to health. Those according to him were a far cry from the Abuja declaration and the WHO recommendation for health financing.

In a communiqué raised at the end of the meeting, signed by over 50 CSO participants and submitted to the State Assembly Speaker, Francis Nwifuru, inadequate Human Resource for PHCs, undue interferences in transfers and conversions of health staff, poor remuneration were identified as some of the factors militating against primary healthcare services in the state.

Participants observed that those deficiencies hinge on budgetary provision, implementation and monitoring. They, through the communiqué, charged the lawmakers to effectively employ their mandate to prioritize primary healthcare in the 2022 Appropriation Bill, and to continue beyond the fiscal year.

They sued for increased budgetary allocation to Primary Health care to scale up to at least, 15% as required by the Abuja Declaration.

The communiqué further urged the lawmakers to take advantage of the on-going recruitment into civil and public service in the state to influence the executive to reserve at least, a minimum of 30% slot to primary healthcare.

Other demands made on the lawmakers, as contained in the communiqué included: “Strengthening legislative oversight function to ensure timely release and full implementation of the 2022 budgetary allocation to Primary Health Care.

”Strengthening partnership with CSOs to deepen citizen participation and engagement in the budgeting process and other public policy issues.”

The leadership and Governance Advisor to USAID-IHP in the state, Mrs. Chinyere Ikwuakor, in a remark, presented gory pictures of the deplorable and dilapidated states of some Primary Healthcare centres and facilities in the state, their negative effects on maternal and child welfare, nutrition and mortality indices, and challenged the lawmakers to employ their instrument of lawmaking to make a difference for posterity.

She lamented that less than 5 per cent new born of 0-5 years access immunization at health facilities in the state, while access to anti-natal care by pregnant women was also very low.

Ikwuakor further urged the lawmakers to collaborate with partners, CSOs and NGOs, including DIG, to actualize improved primary health outcome in the State, bearing in mind that over 70 per cent of their constituents live in rural communities.

According to him, there are 449 Primary healthcare facilities in Ebonyi State, graded into Primary Healthcare Centres, Health Clinics and health posts. He decried that the dilapidated states of some of these health facilities deprived them from benefitting from the federal government’s basic Healthcare provision Fund, BHCPF, information the participants shuddered at.

Visibly overwhelmed by the facts and figures, the lawmakers, including Chris Usulor, representing Ezza South Constituency advised government agencies to always articulate their budgetary and other fiscal challenges to their respective House Committees for necessary action in budgeting process.

Others advised that the Advocacy should be extended to the Local government areas and the Executive arm of government to further draw support.

Meanwhile, the Speaker, Francis Nwifuru, represented by the Leader of the house, Victor Chukwu, while receiving the communiqué, pledged that the lawmakers would diligently seek to change the narratives, beginning with the 2022 budget proposals which would soon be presented to them by the Executive.

He commended the USAID-IHP, DIG and other partners, pledging that the Assembly would continue to partner with them until the desired results were achieved.

Chukwu added: “On behalf of Mr. Speaker, we want to assure you that Ebonyi State House of Assembly would live up to its responsibilities.”

Why does the Nekede Poly girl deserve punishment?, by Niran Adedokun