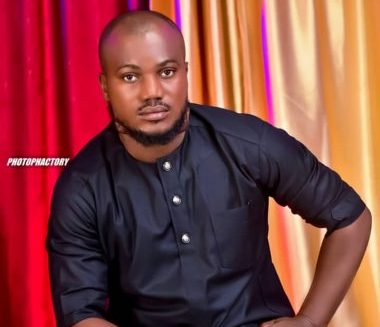 As political interests among Igbo politicians for Nigeria’s presidency in 2023 continues to rise, an All Progressives Congress Chieftain in Ebonyi State, Tochukwu Okorie Uzor, has urged other aspirants to drop their ambitions and throw their weight behind Governor David Umahi.

Okorie made his stand known in Abakaliki, the Ebonyi State capital, when he spoke on Umahi’s presidential ambition.

The Coordinator of one of the Development Centres in Ebonyi State hinged his call on what he described as unequalled achievements of the Governor in Ebonyi State in the past couple of years.

He emphasised that an Igbo president must be one who has an in-depth knowledge of the challenges facing the nation and the sagacity to provide solutions, describing Umahi as such a person.

Okorie claimed that Umahi has the magic wand to turn around the economy of the nation, address insecurity, unemployment, infrastructure and power problems of the country, having done so as Governor in Ebonyi State with evident successes.

Okorie stressed: “Governor Umahi has actually transformed Ebonyi State beyond our imagination to compete favourably with other developed nations.

“Beyond roads and other magnificent infrastructural facilities stationed in different parts of the state, Umahi has performed well in other sectors such as education, agriculture, human capital development, power supply, security of lives and properties amongst others.

“In fact, he has touched all facets of the society, and has performed beyond his campaign promisesm which has placed him ahead of other presidential aspirants in the forthcoming general elections in Nigeria and should be given massive support.

“When you look at Ebonyi State now, it is the most peaceful state in Nigeria when compared with the level of violence in other states.

“My prayer is that he should be given a chance to replicate what he has done in Ebonyi state at the National level because you hardly get such a committed and dedicated Leader with passion elsewhere.

“He is outstanding in delivering Democracy dividends to the people without fear or favour.”