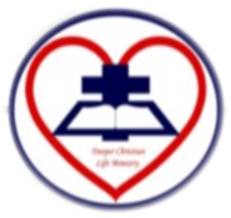 Some churches in the Federal Capital Territory, Abuja have altered their programmes to ensure the safety of their members during the Easter celebration.
Investigations by a correspondent of the News Agency of Nigeria revealed that while the schedules of some churches were adjusted, others had to change their mode of worship.
NAN learnt that the development could be attributed to the recent security challenges in the FCT, with the authorities directing churches and other places of worship to be cautious.
NAN also reports that the Deeper Life Bible Church and the parishes under the Catholic Archdiocese of Abuja adjusted their programmes in line with the developments.
The annual Easter retreat of the Deeper Life Bible Church was decentralised in the FCT in adherence to the directive from the authorities.
NAN gathered that the 2014 retreat of the church in the FCT was held in eight venues instead of the regional headquarters of the church in Kado.
A member of the information committee of the 2014 retreat, who spoke to NAN on the condition of anonymity, said the development was for both the security and comfort of members.
He said that the Easter retreat for the year was held simultaneously in Asokoro, Mpape, Wuse, Life Camp, Garki, Kabusa, Gwagwa and Karimo areas of the territory.
The committee member said that the organisers of the retreat also took into consideration the convenience of church members.
The Director of Social Communications of the Abuja Catholic Archdiocese, Rev. Fr. Patrick Alumuku, who also confirmed the development, said the decision was in the interest of all residents.
Alumuku said the church had taken the advice from security authorities in the FCT and was acting based on the report.
Alumuku said parishes under the Abuja diocese were advised to hold late night services earlier in the evening to enable worshipper get to their destinations in good time.
He said: “We received an alert from those in the security sector to shift the vigil masses to early evening to enable parishioners get to their homes before late night.
“Even the traditional programmes of the church that required long processions have been restricted to the confines of the church premises.”
Alumuku urged all Nigerians to pursue genuine reconciliation in the spirit of the Easter celebrations.
He noted that only genuine reconciliation could help resolve the deep hatred and distrust among Nigerians.
He likened the condition of many Christians, especially those in conflict prone areas, to the passion of Jesus Christ and urged them not to despair.
He added: “The message of Easter remains the same.
“It may take a particular dimension in the light of what we are facing in Nigeria.
“There is too much of tension, violence, wrangling amongst politicians in the country.
“So at Easter, we are all called to reflect on our lives.
“The main message is one of reconciliation with God and reconciliation with one another.”
Alumuku advised the Federal Government to deploy more troops to secure the lives and property of Nigerians, noting that the present arrangement seemed to be inadequate.
Alumuku said that securing the lives of Nigerians would consolidate the country’s position as Africa’s leading economy.