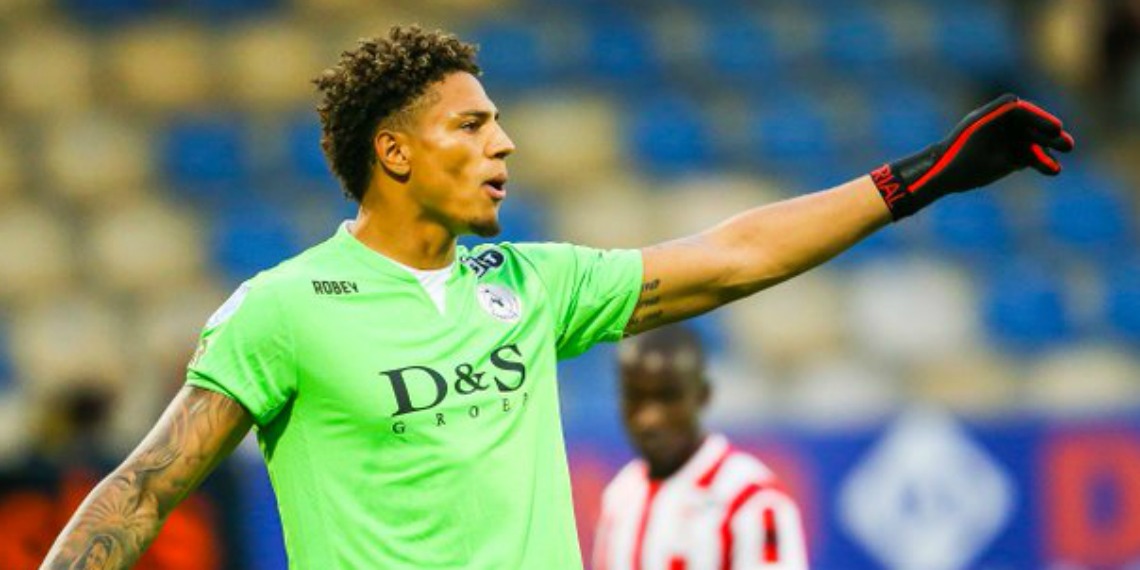 Super Eagles’ goalkeeper, Maduka Okeoye, is gradually redeeming himself following a superlative performance for Sparta Rotterdam in their 6-0 spanking of ADO Den Haag in a Dutch Eredivisie clash on Sunday.

Okoye was in goal when Nigeria surrendered a four-goal lead to Sierra Leone in Benin City, Edo State in an African Cup of Nations qualifying match.

He was largely criticised by Nigerian fans for his poor showing.

Okoye is however laying claim to be Sparta Rotterdam’s first choice goalkeeper after an impressive performance in his third game at the top flight.

Meanwhile, Sparta Rotterdam have climbed to 10th position with nine points from nine games after back-to-back wins and clean sheets.