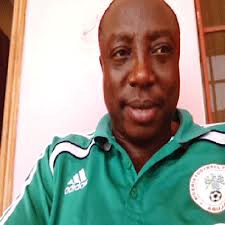 It was another back-slapping time in the camp of the Super Eagles as the team’s Coordinator, Emmanuel Attah, was on Thursday named the chairman of the eight-member Management Committee for the National Youth Service Corps Football Club of Abuja.
Other members of the committee are Salawu Rotimi, R. Bello, A.I Pindiga, H. Keshi, Jegede Damian, M.O. Echeanyanwu and D.O. Orumade.
Their names were made public in a release signed by the NYSC Director General, Brigadier General N. T. Okorie-Affim.
Okorie-Affim gave the terms of reference of the new management committee to include overseeing the general management of the team, ensure good players’ welfare, supervising the technical crew, assisting the technical crew in the registration for FCT and national competitions, proper kitting of players, proper funds management and to forward progress reports to the NYSC leadership on a monthly basis.
The Super Eagles boss, Stephen Keshi, has congratulated Attah on his appointment and said it shows the calibre and quality of staff that work in the present national team set up.