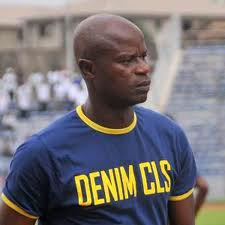 Former Super Eagles attacking midfielder, Mutiu Adepoju, who played a vital role in the demolition of highly rated Spain in the first match of France ’98 World Cup, has thrown his weight behind the present Eagles squad that they could also shock Spain with an unexpected victory in Sunday’s make or mar match in the ongoing FIFA Confederation Cup in Brazil.
Nigeria needs an outright victory in the epic match against world and European champions, Spain, having lost the second group match against Uruguay on Thursday despite pummeling Tahiti 6-1 in the first group match. Spain leads with six points while Nigeria is currently second with three points, same as Uruguay but placed second courtesy of superior goals difference.
Uruguay is expected to pummel Tahiti, the whipping team that Spain walloped 10-0 after Nigeria had whitewashed them 6-1 in their first match.
Adepoju, who played for a long period in Spain before retiring, disclosed that Nigeria could cause another upset by beating Spain to move into the semi-finals of the 2013 FIFA Confederation Cup.
He said: “This is a game of football and it is not mathematics where two plus two is four.
“So, the Super Eagles can shock the whole world tomorrow (Sunday) by beating Spain in the ongoing Confederation Cup in Brazil.
“One good thing about the present Eagles team under Coach Stephen Keshi is that they are fast gelling and improving with every game.
“So I believe that they can rise up to the occasion as it comes.
“Their first game was not that impressive against Tahiti despite winning 6-1, which I believe was due to the level of the opposition.
“But against the South American champions, Uruguay, they upped their game and I can tell you honestly that I was proud of their performance in the match against Uruguay.
“I also subscribed to what Keshi said after the match that it was a momentary loss of concentration that caused the winning goal scored by a veteran in the business, Diego Forlan.
“Eagles could have won the game if they had converted their numerous chances in the game.
“So my honest advice to the players is to take the game as the normal game they play against any other team, not that they are playing against a super power.
“That confidence would be key to their anticipated victory in tomorrow’s (Sunday’s) match.
“Another important thing I discovered during the Uruguay match is that the right and left full backs were too adventurous, going forward to join the attack and often found it difficult to track back to curtail the forays of the triple assault in the Uruguay’s attack, comprising Diego Forlan, Edinson Cavani and Luis Suarez.
“Finally I want them to remember the way we did it during France 1998 World Cup when the whole world had written us off before the first group match against Spain.
“But we believed in ourselves then and we were very compact, resolute, patriotic and desperate to win and succeed in the competition.
“All these fired us up in the match and we defeated Spain 3-2 eventually.
“I could remember then that Spain scored first.
“I then equalized through a header from Garba Lawal’s cross.
“Spain went up again to make it 2-1 but Garba Lawal scored to make it 2-2 and Sunday Oliseh scored the winner via a
scotching shot to silence the whole world then.
“So I believe the Eagles can do same on Sunday.”