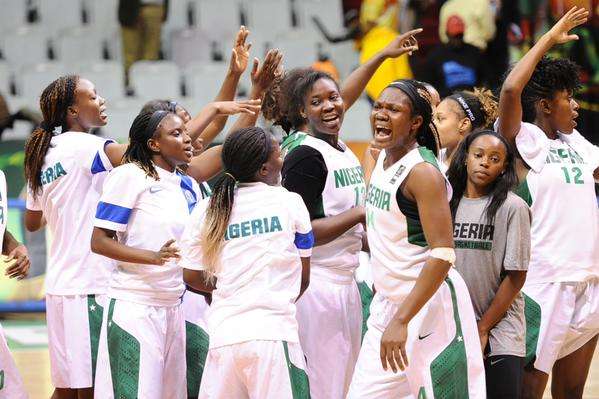 The camp of the senior national women basketball team, D’Tigress, has continued to bubble as preparation hots up for the final phase of the 2020 Olympic Games qualifiers in Belgrade, Serbia.
The News Agency of Nigeria reports that all players are already in camp as Coach Otis Hughley keeps a watchful eye.
Full training began on Monday in the cold city of Belgrade with the current African Champions leaving no stone unturned for a place in this year’s summer Olympics in Tokyo.
Speaking at the end of their training on Tuesday, Hughley commended the fighting spirit of the players who he said are hungry for a place in Tokyo 2020.
He said: “The girls are raring to go.
“Their fighting spirit is unparalleled as they always fighting for every ball and giving that extra push.
“The team spirit is also high in camp, which is a good one for us as a team.”
On preparation for the all important tournament, the coach said the team was concentrating on tactical plays to emerge victorious.
Hughley said: “We are putting finishing touches to our tactics and running some plays.
“By Wednesday evening, we will be able to evaluate the team and know their level.”
NAN reports that Nigeria is grouped in a tough group alongside Mozambique, USA and host Serbia.
D’Tigress are determined to go all out when they start their qualifiers campaign against Mozambique on Thursday, with the group winner snatching one of the two automatic tickets on offer.
D’Tigress will battle Serbia on Saturday at the Aleksandar Nikolic Hall, Belgrade before their last game against World Champions US on Sunday.