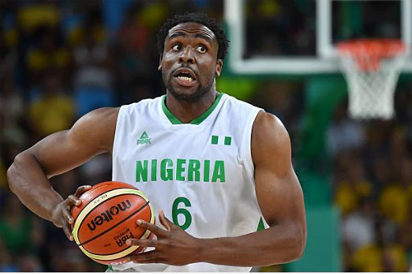 D’Tigers’ captain, Ike Diogu, has revealed that he is closer to the end of his journey with the D’Tigers team than ever before.

Although with no definite time frame to call time on his career, the former Golden State Warriors player said he will re-evaluate his options after the 2021 Afrobasket finals in Rwanda.

Diogu said: “I don’t have any time frame right now.

“Hopefully, I can play for another two years and see what happens.

“Let us see how the body is and how everything goes.

“I am closer to the end than the beginning, but it has been an unbelievable ride.

“It has been an honour serving my country.”

Reminiscing on his career, Diogu, who was part of the D’Tigers team to the London 2012 and Rio 2016 Olympic Games, wished he played with the likes of Julius Nwosu and Tunji Awojobi, who inspired him to play for Nigeria.

He said: “I wish I could start earlier and play with the likes of Julius Nwosu, Tunji Awojobi, Imeh Udoka because those were the people I looked up to.”

One of the longest serving captains of the D’Tigers said he is not scared of calling it quit whenever his body tells him to because it has been a “mission accomplished”.

He said: “I am not scared because it is mission accomplished.

|The national team is a brand now.

“I did everything I was supposed to do in the national team, raised the awareness to the ultimate level.

“People know about the team now.

“I get different messages from young Nigerian athletes asking how they can be a part of the national team and that has been my ultimate goal.

“So there is nothing to be scared of.”