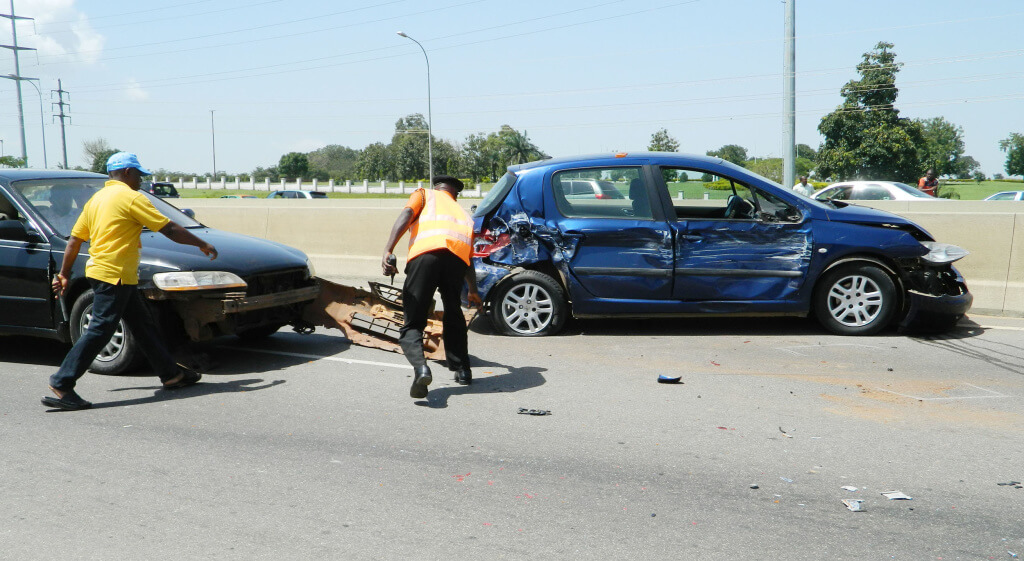 No fewer than two persons have been confirmed dead while nine others were critically injured in an accident which occurred on Tuesday along the Abeokuta-Sagamu Expressway in Ogun State.
The accident, which occurred at the notorious Onipepeiye village in Obafemi-Owode local government Area of the State, involved a Toyota Picnic commercial space-car with registration number (LAGOS) KSF 957 BB and a Nissan Serena space-bus, marked 25 OGHA, allegedly belonging to one of the members of the State House of Assembly.
According to an eyewitness, the driver of the Toyota Picnic commercial space-car, which was said to have been travelling to Sango-Ota area of the State, had a faulty tyre.
The Sector Commander of the Federal Road Safety Commission, Adegoke Adetunji, who confirmed the accident, stated that the driver of the commercial space car had stopped his vehicle to change a faulty tyre before the driver of the Nissan Serena space-bus rammed into it, killing the driver and one of the passengers.
Also confirming the accident, the Public Relations Officer of the State Traffic Compliance and Enforcement Agency, Babatunde Akinbiyi, stated that the driver of the over-speeding Nissan Serena space bus was discovered to have been drunk as at the time of the accident.
The FRSC Sector Commander further explained that all the injured victims have been taken to the Federal Medical Centre, Abeokuta, while the two corpses were also deposited at the morgue of the same hospital.
Adetunji also stated that the drunk driver of the Nissan Serena space bus had been handed over to the police.