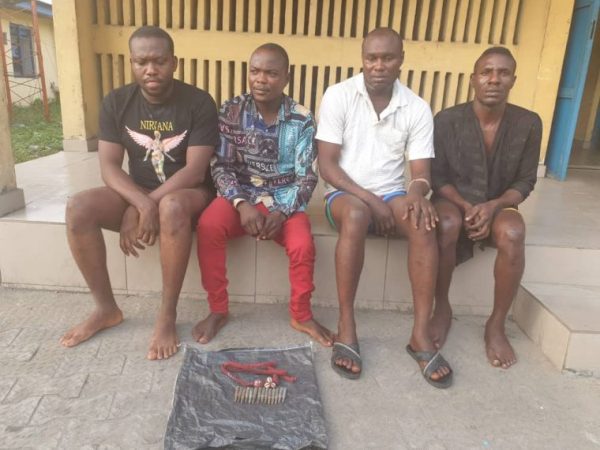 A former driver with Zenith Bank Plc: Owes Okpaka, arrested for organising the abductions of three managers in the bank, has revealed the reason for his action.

Okpaka explained that the years he worked as a driver with the bank made him know that bank managers were rich and good candidates for abduction for ransom.

His theory was validated when he and his hastily recruited gang members abducted the three bank managers and scooped a whopping N50 million ransom.

The ransom was paid in foreign currencies in three stashes on three different occasions.

The bank managers have been identified as Daniel Imani, Mrs. Isioma and Mrs. Zowa.

Okpaka, a graduate of Oghara Polytechnic, Delta State, said: “I used to work with Zenith Bank, Ogonu branch as a driver, but I resigned in January 2021.

“IRT Operatives arrested me because I masterminded the kidnappings of the three managers working in my former place of work.

“My gang members are Victor, Kevwe and others.

“I was the person that brought the three kidnapping jobs involving the Zenith Bank managers.

“The first person we kidnapped was Daniel.

“I monitored his movements and gave his location to my gang members.

“Daniel is the Zenith Bank manager of Urobo College in Warri.

The gang was smashed by Operatives of the Force Intelligence Response Team, Delta State branch.

The suspects were arrested after IRT Operatives got information about the gang’s activities from Daniel.

Just to ensure that his information to the kidnappers were correct, Okpaka trailed the bank managers to their respective houses before passing on the information.

The suspect scooped N15 million as his share in the three operations.

The police said: “After Okpaka was arrested, he made confessions that aided the operatives in arresting four members of the gang, including an ex-militant who has taken part in several bank robberies and pipeline vandalism.”

Okpaka recalled that Daniel was in their custody for a week before ransom was paid for his release.

Okpaka said: “I do not know how much was paid as ransom for Daniel’s release, but the ransom was paid in dollars.

“The second victim we kidnapped was Mrs. Zowa.

“I was also the person that gave information about her to my gang members.

“I cannot remember the exact month we kidnapped her, but it was Victor and I that planned it.

“Victor also brought two other boys for the job.

“We kidnapped the woman along PTI Junction, Warri.

“Victor was the person who negotiated for the ransom and this money was also paid in dollars.

“I still got another N2.5 million as my share.”

He explained that in the third operation, which was the abduction of Isioma, he got N10 million as his share.

He recounted: “It was the last kidnapping I did before I was arrested.”

Another suspect, Ovo, said: “I was arrested in my house at Oghara.

“At first I didn’t know why I was arrested until I got to the police station.

“We were five in number that usually go on the kidnapping operations.

His words: “I have carried out three different kidnappings between October 2020 and February 2021.

“It was Owes that brought information about the man.

“We bought a small phone and used our victim’s SIM card on the new phone for the ransom negotiations.

“The family paid us N15 million in dollars.

“It was Kevwe and I that went to pick up the ransom.

“The second kidnapping that Owes brought was a woman.

“I took her to my house at Oghara and called her people for ransom negotiations.

“The sum of N15 million was agreed as ransom to be paid in dollars.

“But after we received the money in dollars, we discovered that N12 million was paid.

“I used my share of the money to offset my debts.

“Aside from kidnappings, I’ve also been involved in armed robberies within Ondo State and other South West States.

“It was Kevwe and Monday, now late, that usually organised the robbery operations.

“Most of our targets are car owners and we usually go for operations with guns and cutlasses.

“I have gone for several robberies and at the time I was arrested, some live ammunition was recovered in my house.

“The ammunition belongs to me and I use it for my job.”

Kevwe, on his part, said that when police came to arrest him, he had tried to escape, but was shot on his leg.

He was arrested on March 11, 2021 in his house at Agbaro area of Delta State.

He recounted: “I knew why the police came looking for me.

“It was because I took part in the abductions of the three bank managers.

“My friend Owes, who I have known for 10 years, brought the jobs.

“He was the person that sold the idea to me.

“He told me the bank managers could pay as much as N10 million.

“I called Victor and informed him about the plan.

“Victor accepted and brought two of his friends, making us five in number.

“I later called one of my friends, Sylvester, requesting for his rifles.

“He directed us to Emmanuel, who gave me one AK47 rifle and a pump action gun, which we used for the operations.”

After they got the guns, they embarked on the first abduction operation.

Kevwe said: “We took Daniel to my house at Agbaro area, where I kept him at the passage for four days.

“We bought a small phone and used Daniel’s SIM to call for the ransom.

“We agreed that N15 million should be paid in US dollars, but after the ransom was paid, we returned our victim’s SIM card and discarded the phone.

“When we converted the money to naira, we discovered that it was N11 million and I got N2.5 million as my share.

“I have carried out armed robbery operations with Sylvester and Emmanuel.

“I later traveled to Dubai and when I returned, I discovered Emmanuel was dead.”

Sylvester denied taking part in the kidnappings, but confessed to have assisted the gang in procuring the rifles.

He also admitted to have collected N80,000 from a member of the gang.

He said: “I was arrested after the police arrested Kevwe.

“Kevwe mentioned that I was the person that provided the guns for the gang.”

Asked how he got the guns, Sylvester said: “The guns belonged to a friend called Emmanuel.

“I got to know him during the election in Ethiope East.

“I saw Emmanuel with two AK47 rifles and five magazines loaded with ammunition.

Kevwe, Emmanuel and I have carried out armed robbery activities within Ughelli road.

“There was a time Kevwe called me that we should go and kidnap someone, but I told him I was not interested.

“After sometime, I heard Emmanuel had been killed in Asaba during a robbery operation.

“I later called Kevwe to give me the guns so that I could see them, but I never knew the N80,000 he sent to me was proceeds of kidnapping.” 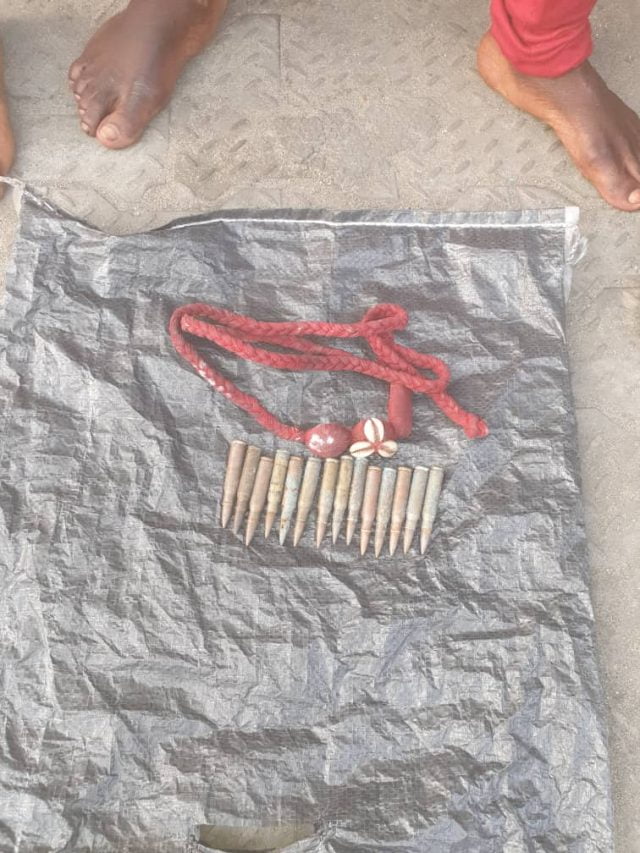 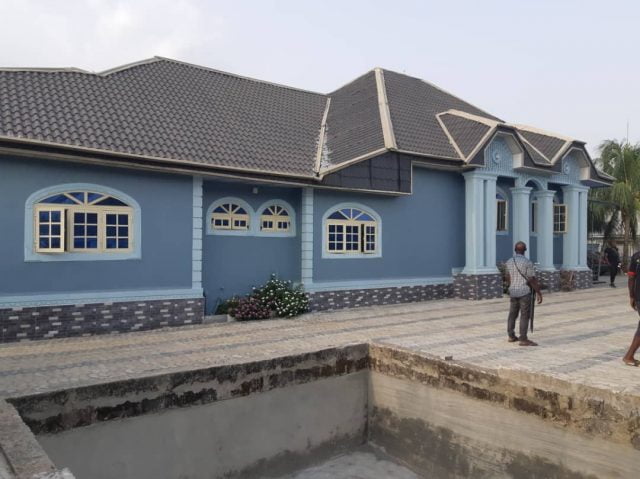 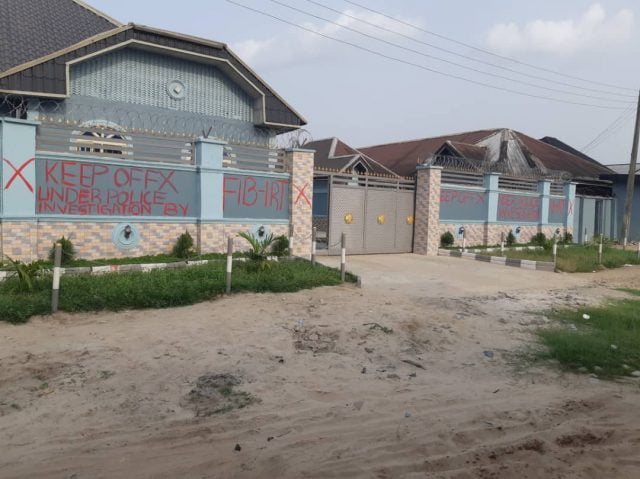 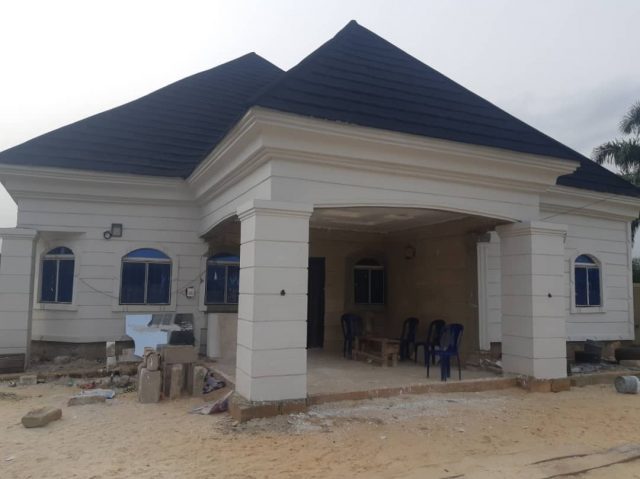 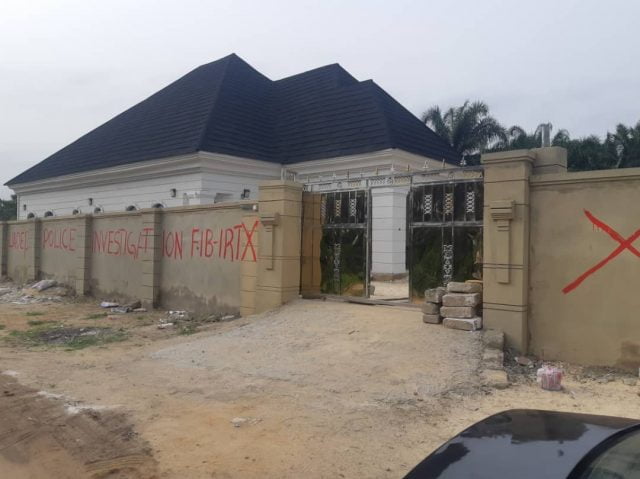