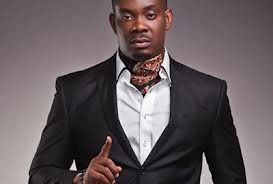 Don Jazzy, the CEO of Mavin Records, has signed the new sensation female act, Di Ja.
The beautiful act will be joining other notable stars on the label such as Tiwa Savage and Da Prince.
Di Ja, who is described as an eclectic sensation, is set to be the most dynamic new act of 2014.
It is interesting to note that Di Ja had already made waves in Canada as she was nominated at the 2009 Canadian Radio Music Award for the Best Urban/R&B single.
Before that, she won the 2008 Best New Artist awards at the Beats Award.
Don Jazzy, while speaking on the Canada-based act, said that Di Ja represents the new generation of Nigeria music.
He added that she is versatile and adaptable.