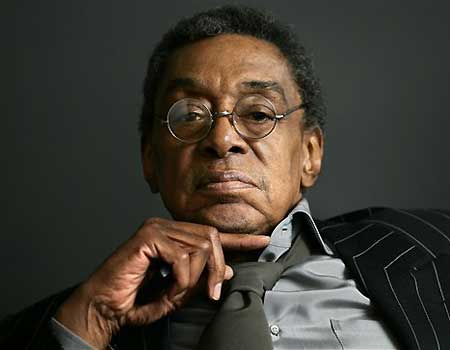 Don Cornelius, the producer and television host who created the dance show “Soul Train,” was found shot dead in his Los Angeles home early Wednesday morning in what appears to be a suicide, the Los Angeles Police Department and the county coroner’s office said. He was 75 years old.

A person called the police from Mr. Cornelius’s house on Mulholland Drive in the Sherman Oaks neighborhood just before 4 a.m. and reported shots had been fired, a police spokesman, Chris No, said. When officers arrived, they were let into the house and found Mr. Cornelius lying lifeless on the floor with a gunshot wound to the head that appeared to be self-inflicted, said the Los Angeles County assistant chief coroner, Ed Winter.

Mr. Cornelius was taken to Cedar-Sinai Medical Center, where he was pronounced dead at 4:56 a.m., Mr. Winter said. “It was reported as a suicide, a self-inflicted wound,” he said. “I have investigators at the hospital.”

“Soul Train” was one of the longest-running syndicated shows in television history and played a critical role in spreading the music of black America to the world, offering wide exposure to musicians like James Brown, Aretha Franklin and Michael Jackson in the 1970s and 1980s.

“I am shocked and deeply saddened at the sudden passing of my friend, colleague and business partner Don Cornelius,” said Quincy Jones, according to the Associated Press. “Don was a visionary pioneer and a giant in our business. Before MTV, there was ‘Soul Train.’ That will be the great legacy of Don Cornelius. His contributions to television, music and our culture as a whole will never be matched. My heart goes out to Don’s family and loved ones.”

Mr. Cornelius, a former disc jockey, created the show in 1970 in Chicago on WCIU-TV and served as its writer, producer and host. Quickly becoming a success, the show was broadcast nationally in 1971, beginning its 35-year run. Besides the performers, the program showcased young dancers who would strut their stuff, laying the groundwork for countless dance programs, including current hits like Fox’s “So You Think You Can Dance” and MTV’s “America’s Best Dance Crew.” “We had a show that kids gravitated to,” Mr. Cornelius said.

In a 2010 interview with The Los Angeles Times, Mr. Cornelius said he was excited about a movie project he was developing about the show. “We’ve been in discussions with several people about getting a movie off the ground. It wouldn’t be the ‘Soul Train’ dance show. It would be more of a biographical look at the project,” he said. “It’s going to be about some of the things that really happened on the show.”

Mr. Cornelius stopped hosting the show in 1993, and “Soul Train” ceased production in 2006. Two years later, he sold the show to MadVision Entertainment.