Dominant Nadal sees off Tsonga at Wimbledon after three sets 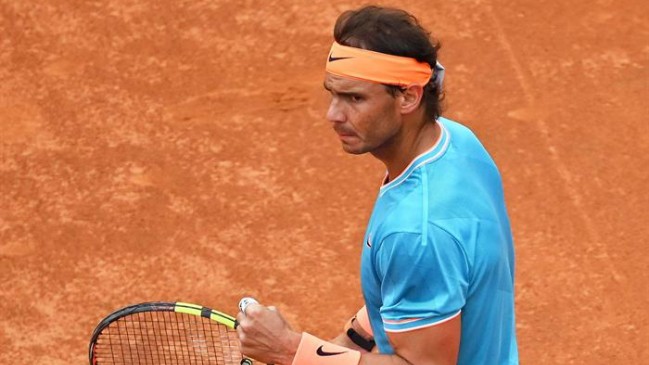 World number two Rafa Nadal marched into the fourth round at Wimbledon with a dominant 6-2 6-3 6-2 rout of France’s Jo-Wilfried Tsonga on Saturday.
The Spanish third seed was in command throughout the match, and finished the contest in an hour and 48 minutes without conceding a single break point.
He sealed the result on his fourth match point with his 11th ace.
Nadal broke early in the opening set to go 3-1 up as Tsonga struggled with his second serve.
This allowed the Spaniard to control points and consistently approach the net to finish rallies.
Another breakpoint at 5-2 opened the door for Nadal to attack Tsonga further and a whipped crosscourt forehand winner on set point gave the Spaniard the first set in 33 minutes.
Tsonga exhibited the odd flash of brilliance, with searing aces and a rare approach to the net after pushing Nadal behind the baseline.
But a number of high-risk shots down the line did not come off for the Frenchman.
Tsonga’s serve deserted him at crucial moments, however, and a double-fault on break point in the second set gave Nadal a 4-2 lead.
The visibly-frustrated 34-year-old Frenchman was seen muttering to himself with helpless glances towards the players’ box.
Although Tsonga offered token resistance while serving to stay in the second set, Nadal served out the set by taking advantage of his opponent’s slower movement with pinpoint winners.
In spite of the crowd urging the underdog on, Nadal earned a double break to consign Tsonga to defeat and book his place in the next round.
There, he will face Portugal’s Joao Sousa or Briton Dan Evans.
Reuters/NAN.