by The Eagle Online
in News
4 min read
0

Stakeholders in the Niger Delta on Tuesday lamented that successive Coordinators of the Presidential Amnesty Programme had neglected the development of the region, which was a critical component of the amnesty initiative.
The stakeholders, comprising elders, opinion leaders and professionals drawn from various states across the Niger Delta, said previous coordinators of the Programme had mainly focused on amnesty and payment of stipends to ex-agitators, but were not concerned with developing the region.
Speaking in Abuja at the official opening of a four-day retreat for members of Monitoring and Evaluation Committee constituted recently by Coordinator of the PAP, Prof. Charles Dokubo, Technical coordinator for the committee, Dr. Ferdinand Ikwang, however, expressed joy that the incumbent Amnesty boss has taken steps towards developing the Niger Delta region and gave the people hope.
Ikwang, who, on behalf of members of the committee presented an overview of the Amnesty Programme since its inception in 2009, noted that Dokubo has demonstrated commitment to move the PAP forward.
He said: “Every other coordinator of the Presidential Amnesty Programme focused on amnesty and forgot developing the Niger Delta region.
“This is the first time that a coordinator is focusing on development of the Niger Delta.
“When I told General (Godwin) Abbe that Prof. Charles Dokubo has done what he would have done, he was very happy.
“Somebody has stepped out to say I am ready to move the Amnesty Programme forward.
“We all owe a duty to support him.
“I want Prof. Dokubo to be remembered for reintegration.”
Earlier in opening remarks, Dokubo urged staff of the Amnesty Office to cooperate and support members of the committee towards charting a new course for the programme.
He assured of full support to members of the committee, among whom he noted were persons with deep knowledge of the Amnesty Programme.
He said: “I have called these people to be members of this committee because I know that they have a good knowledge of this programme.
“They were there when it first started; they have been there, and they know how to direct the programme.
“I don’t know for whatever reason, they were stopped from the programme because if I had met them, if they were still there, I would have used them but before I came, they were removed from the process and that was when I spoke with Hon T.K. Ogoriba and he sat me down to tell me about the direction of the programme and what they have done in the past.
“I am really delighted as well as humbled by the snippet of information that has just been released.
“It highlights the cardinal points of the programme.
“Most times, when we discuss about this programme, not everyone knows about the direction and the directive on the programme.
“I will support this committee because I think with the M and E in the office, we can always guide and redial history and make sure that those who do not understand will be better informed.
“And for those of us from the Niger Delta, if we don’t do things to make use of this programme, posterity will question us as people. I am determined to ensure that the impact of the programme will directly affect the lives of our people in the local communities.
“And I hope that with the input of this committee to the programme, we will get a better roadmap to navigate this programme to its goals and objectives.”
Leader of the 29-member committee, Elder Timi Ogoriba, described the task as daunting, but urged his colleagues to be committed so as to ensure the success of the Amnesty Programme.
Ogoriba said: “The task ahead of us is daunting.
“So, all must be involved with total commitment.
“From the day of our inauguration, it was very clear that the Coordinator had charged us with the responsibility of rewriting the programme.
“Hence, what we the committee members will be doing is to research into the programme, review it and proffer a sustainable scheme.
“The original policies of the Amnesty Programme are to disarm, demobilize or de-radicalize and reintegrate.
“These are to be achieved by involving experts with equipment and adequate funding.
“The combatants are to be provided with reinsertion assistance and information, counseling and referrals.
“These beneficiaries are reintegrated through learning of trades that would make them live useful lives as ex-combatants.
“Then, they return to their communities and engage in peaceful livelihoods that serve as a precursor to a secured environment, conditions and better economic situations.
“This is the hallmark of the Amnesty Programme.”
Ogoriba, who commended Dokubo for constituting the committee, added: “It is a thing of joy that we have this crème of people from the Niger Delta region under this roof for a noble course.
“You have proved your mettle hence you were carefully selected for this assignment.
“This is a call to duty.
“We thank you once again for reposing this magnitude of confidence in us and we vouch here and reiterate that we will deliver and stir the ship of implementing the Presidential Amnesty Programme in this reintegration phase to a safe harbour.”
Members of the committee, which was inaugurated on December 4, 2019, include Selekaye Victor Ben, Marshall Kunoun, Sergeant Weri Noel Digifa, Binaebi Ambah, Kalsuo Doupere, Welman Warri, Wisdom Oniekpar Ikuli, Oyeinfie Jonjon, Rosabella Jackson, Richard Akinaka, and Bright Peregba.
Others are Kennedy West, Chief Ani Esin, Golden Tamuno, Lolo Green Hailsham, Elfreda Olungwe, Prof. Monima Briggs, Ibiba Don Pedro, Cooler Hart, Chief Dan Ekpebide, Chief Kennedy Orubebe, Hendrix Opukeme, Chief Ari Ari, David Reje, Edgar Biu, Donyegha Ben, Arch. Piniki Azaiye, Dr. Chris Ekiyor and Tare Ugula. 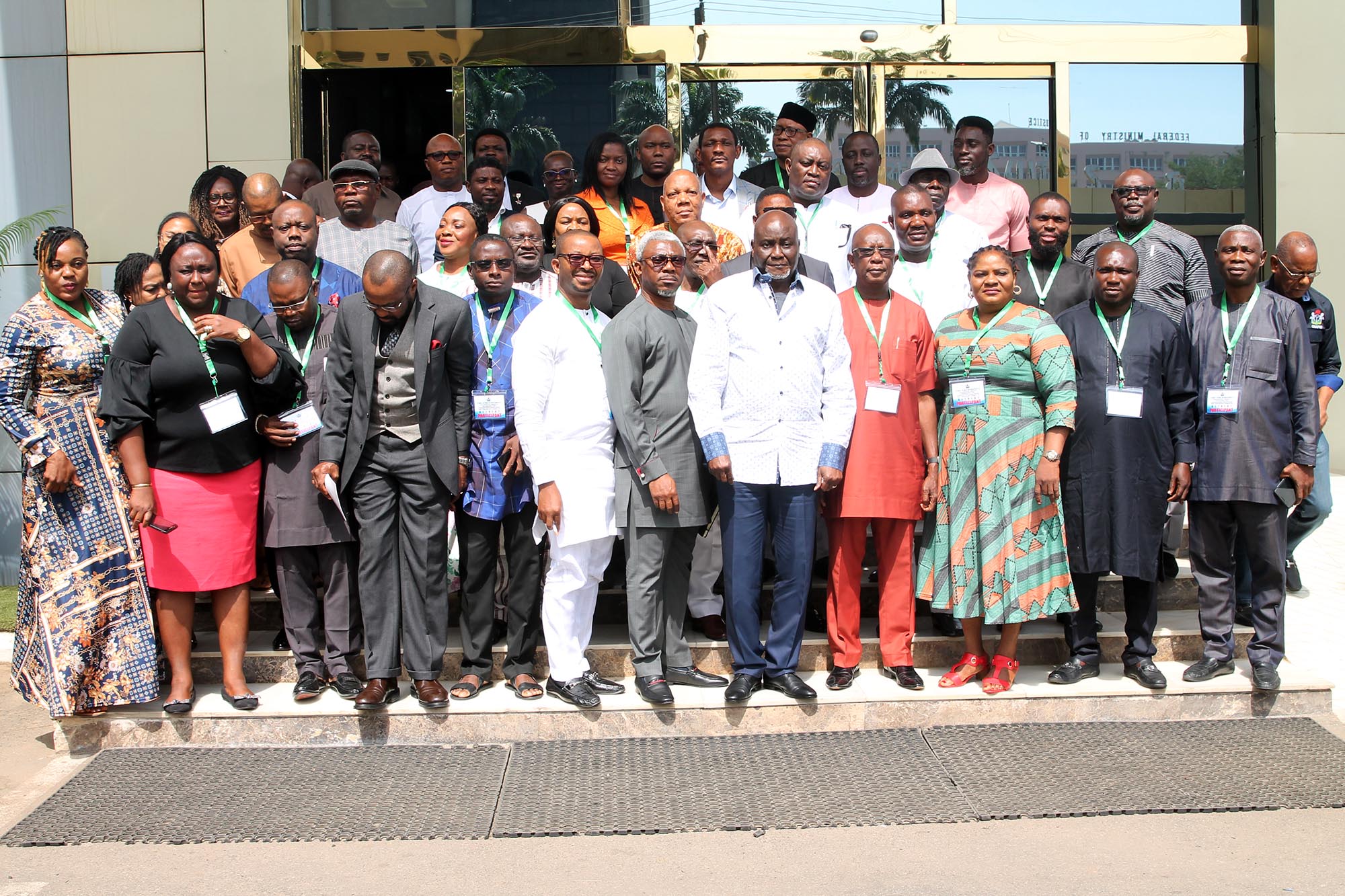