Documents show how Ajimobi, Deputy, aides distributed to themselves over N1b vehicles

Documents obtained by The Eagle Online has shown that the immediate past Governor of Oyo State, Abiola Ajimobi; his Deputy, Moses Alake Adeyemo; then Secretary to the State Government, Ishmael Olalekan Alli; and hordes of political aides in the immediate past Administration in Oyo State left with vehicles worth over N1 billion.
One of the documents sighted by The Eagle Online showed that the decision to release the vehicles to the elected and appointed political appointees was partly based on Alli’s recommendation.
According to the Memo dated May 4, 2019 and titled: “Exit package for Principal Officers of Government,” Alli told Ajimobi that based on law and practice in other South West States, he should give the approval for the vehicles to be given out free of charge.
He wrote in the concluding part of the memo: “Based on the above, I am recommending for Your Excellency’s approval that the Governor, Deputy Governor and any other principal/political appointee be considered as deserving of such an exit package free of charge as may be approved by Your Excellency.”
Ajimobi gave his approval.
The Chairman of the State Universal Basic Education Board, A.O. Makanjuola, who was one of the beneficiaries, in a letter to Ajimobi, dated April 18, 2019, requested for her Toyota Highlander 2014 Model as her own exit package.
Makanjuola, in the letter before Alli’s own, wrote: “May I humbly your gracious approval for the allocation, as an exit privilege, of my official car – Toyota Highlander – 2014 Model, Reg. No. 06D 14 OY, Chassis No. 5TDBKRFH7DS025504 and Engine No. 2GRE632241X, Clour Blue, free of charge, in line with the exercise of Your Excellency discretionary power on the request.”
Ajimobi gave the approval on April 19, 2019.
From the Governor’s Fleet, three vehicles were given out.
These were a Lexus Jeep attached to Ajimobi himself, a Land Cruiser Jeep attached to the Aide-De-Camp of the Governor and a Hilux Toyota attached to the Governor’s Escort Commander.
From the Deputy Governor’s fleet and attached to Alake were a Toyota Land Cruiser and three Toyota Hilux pick up vans.
Among others who benefitted were the SSG who got a brand new 2018 Toyota Land Cruiser Prado; Speaker of the Oyo State House of Assembly, a full option Toyota Land Cruiser GX-R, 2016 Model; and the Head of Service, a Toyota Prado and a Toyota Hilux pick up.
The cost of the vehicles have been put at over N1 billion by the government.
One of them was said to have cost the State Government over N140 million.
The issue of the vehicles became a major one when Governor Seyi Makinde requested for them, with Ajimobi telling him to face governance instead of focusing on mundane issues.
The state government in a statement by the Chief of Staff to Makinde, Chief Bisi Ilaka, said the former officials must ensure the return of state assets in their care within 48 hours.
The government stated that it has observed that some former political office holders are still in possession of official vehicles attached to their offices despite the fact that they are no longer in the service of Oyo State.
The statement further reads: “Consequently, His Excellency, Governor Seyi Makinde, has therefore directed that all former political functionaries who are still in possession of Government vehicles to return the same to Government Transport pool within 48 hours.
“Failure to which the security agencies shall be directed to retrieve such vehicles from where ever they may be kept.”
The government said it will take all necessary steps to ensure that all assets illegally taken away by the former officials are returned to its custody, insisting that such officials should have honourably turned in the assets.
Responding to the call to return the vehicles at a reception organised for him by Ibadan Elders Forum on, Ajimobi said the state could not afford to go back in terms of development.
He said: “I pray that Makinde succeeds as governor of the state.
“It is in our interest that he should succeed.
“We have raised the bar of governance in this state and can’t afford to see it go down again.
“I heard them say that members of our cabinet carted away government cars.
“We have served and left.
“He should stop looking at mundane issues.”
The former governor said that those he worked with during his time did not profess themselves to be perfect, urging the new governor to build on their success in the interest of the citizenry.
Ajimobi said his administration met the state in bricks and left it in marbles, urging Ajimobi to be a progressive governor.
He said: “He must build and not demolish.
“He must correct and not destroy.
“We must not return to the era of brigandage.
“We know the dual carriage roads we built can’t be returned to single lane and the bridges we have constructed cannot be pulled down.
“We have taken Oyo to greater heights and it must not go down.
“Every journey begins with a step and it ends with a step.
“We did not achieve perfection but achieved successes.” 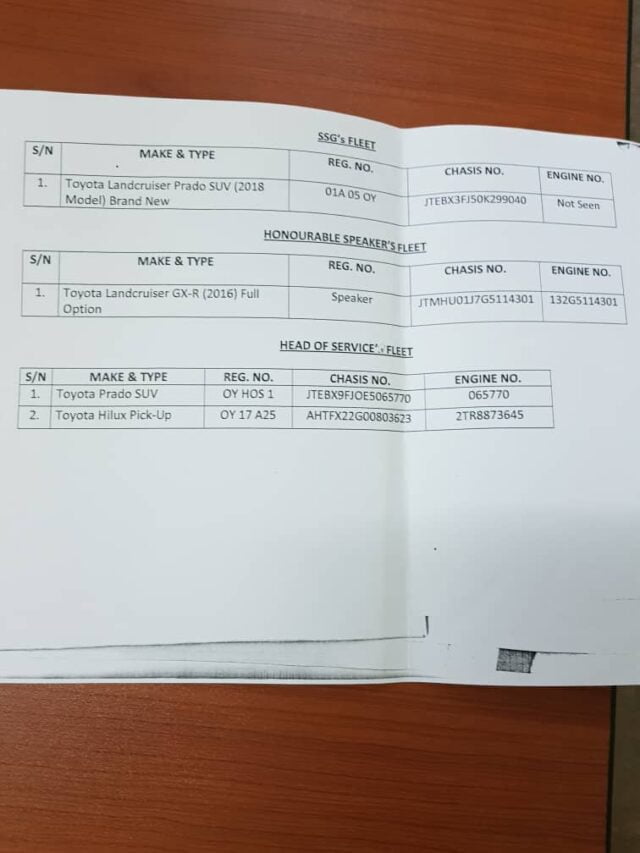 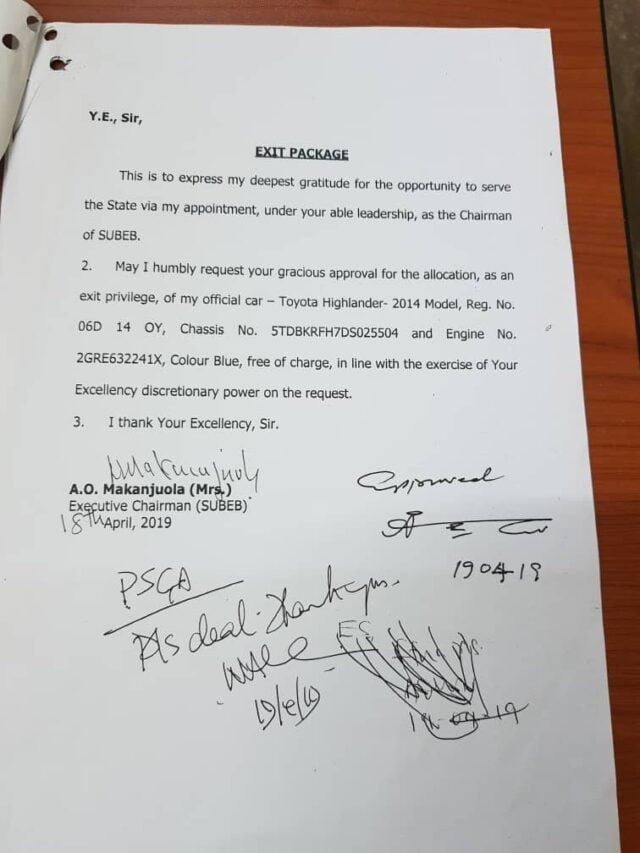 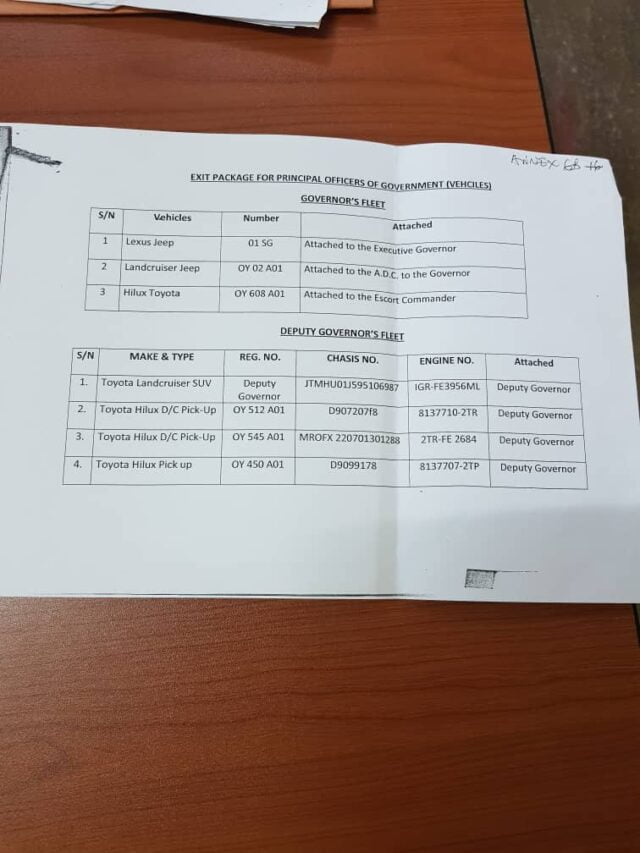 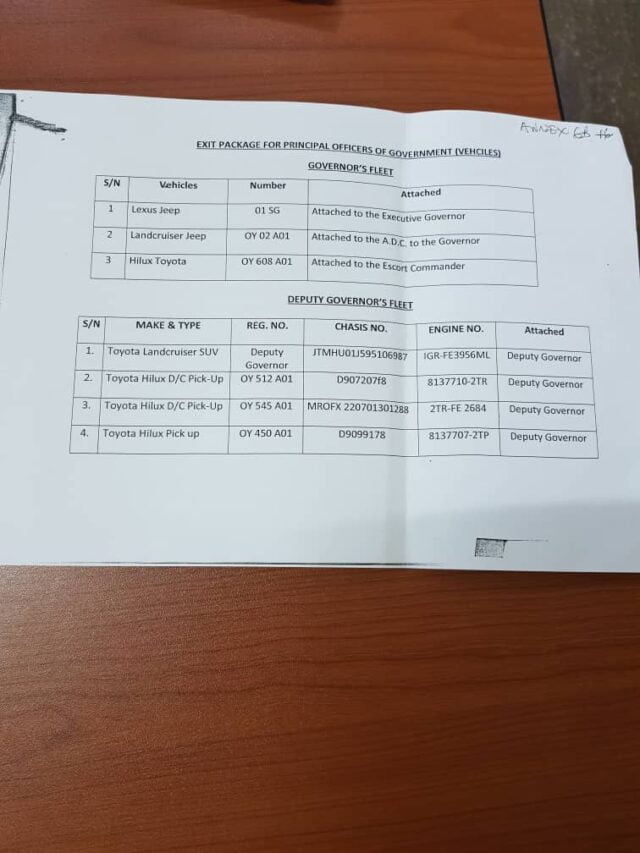 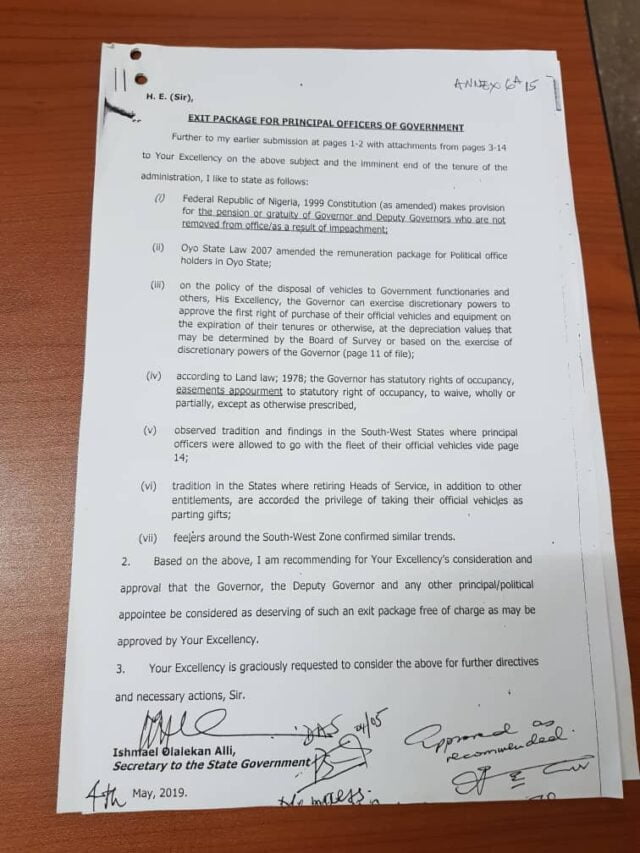 JIFORM gets support from Oyo, NAPTIP for second annual summit

COVID-19: Why we insist on post-departure tests – FG

Nigeria at 60: There is hope – Afenifere