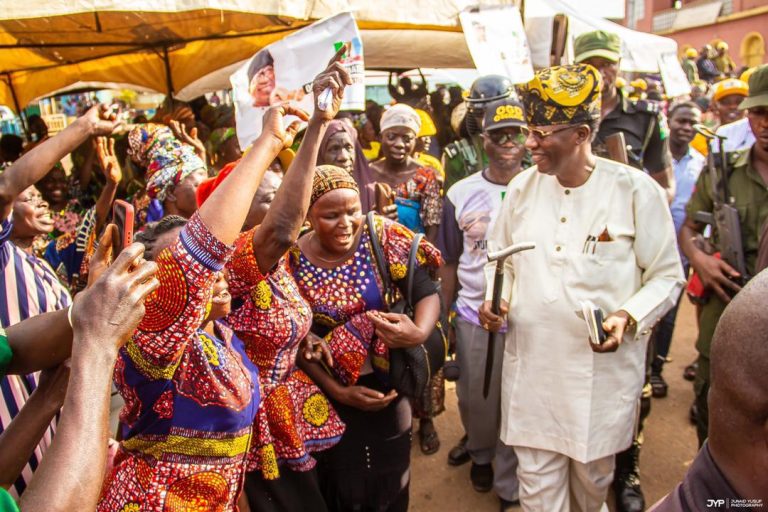 A former Governor of Ogun State, Otunba Gbenga Daniel, has warned the political class to desist from do-or-die politics, saying spreading hate in the name of politics was inimical to Nigeria’s development.

He equally asked state governors to stop inhibiting development at the grassroots through their penchant for non-remittance of allocations to local governments.

He said this when he addressed party members and supporters during an empowerment rally and award of scholarships to indigent students held as part of activities of his ward-to-ward tour of Ijebu North Local Government Area of the state.

In what appeared to be a dramatic twist ahead of the 2023 elections, Daniel staged his campaign at the Omo-Ilu Foundation Complex Grounds, Ijebu-Igbo, a facility owned by a former lawmaker of the Peoples Democratic Party, late Senator Buruji Kashamu.

The event was apparently shifted, at the last minute, from Obada Garage, Station, Ijebu-Igbo, which was the originally planned venue.

“You may be surprised that OGD is here. The kind of politics we play is not do-or-die,” he told the tumultuous crowd that gathered at the Omo-Ilu Foundation Complex Grounds to show him solidarity.

“If it’s true that all we are after is to empower our people, there shouldn’t be any fight,” remarked Daniel, who was flanked by notable APC chieftains in the local government, including a former Deputy Governor, Senator Adegbenga Kaka.

The former governor explained that his empowerment across the nine local government areas of Ogun East Senatorial District was aimed at poverty reduction, adding that there won’t be hunger in the land if several well-meaning individuals embarked on similar initiatives.

He said: “If we have about 10 or 20 more people who are blessed and are also doing what I’m doing, there would be peace and there won’t be hunger in the land.

“I want to sincerely thank everyone because most of you that came here today were from the rural communities and you were not mobilized here by inducement but only came out of your genuine love for OGD.

“I want to use this opportunity to thank you all, especially members of the planning committee because the decision to come here was taken and before daybreak, proper arrangements had been made. It was last night we resolved to come here and God has taken perfect control.”

Daniel commended those in charge of the Senator Kashamu’s facility for not collecting money for the usage of the place for his campaign.

He said: “This event was planned for another venue, but something happened.

“We now phoned those in charge of this place, they asked us to come without charging any fee.

“May the soul of Buruji Kashamu rest in peace.”

He called for the observance of a minute silence in honour of Kashamu, who died in August 2020, and another prominent Ijebu-Igbo born politician, Dr. Gbolade Osinowo, who passed on recently.

Speaking against the backdrop of the accusation by President Muhammadu Buhari that state governors misappropriate local government funds, Daniel pleaded with state chief executives to always release allocations meant for local governments in order to enhance development at the grassroots.

He noted that most of the challenges bedeviling local government areas were due to lack of financial autonomy, stressing that once elected into the National Assembly, he would join the fight to grant financial autonomy to the nation’s third tier of government.

Daniel said: “Without a functioning and well empowered local government, people at the grassroots will not get the dividends of democracy.

“When we look at this area, there are so many Federal Government projects, some have been started but have not been completed.

“Part of what I’m going to fight for is to push the Federal Government to pay more attention to this local government.

“Without any doubt, everybody knows that Ijebu North is one of the most populous and important local governments in Ogun East Senatorial District.”

The APC senatorial candidate reiterated the need to facilitate necessary investments in agricultural development towards increasing local food production and combating unemployment in the country.

Amidst enthusiastic reception, Daniel toured the 11 wards in Ijebu North Local Government, including Ago-Iwoye, Oru, Ome and Ehin Osun, where he canvassed votes for the APC presidential candidate, Asiwaju Bola Ahmed Tinubu, and other candidates of the ruling party in the 2023 elections.

Over 500 other items, including sewing machines and grinding machines, were also won, while 11 indigent students from the local government bagged scholarships.