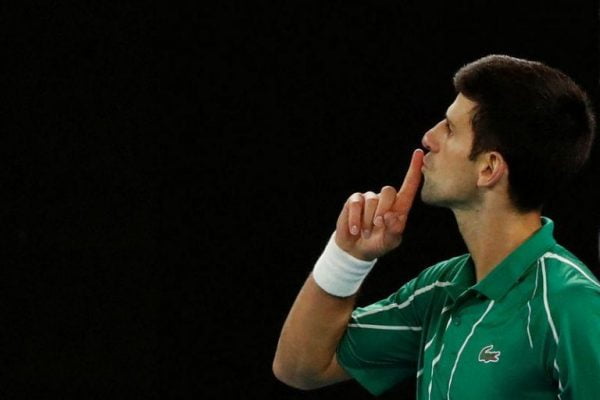 The first match back on Centre Court at Wimbledon ended much the same as the last two years ago as defending men’s champion Novak Djokovic came through a scare to beat a spirited Jack Draper.

Match one of this year’s championships after a hiatus in 2020 had much of the standard Wimbledon ingredients – rainfall, a plucky Brit and eventual heartache for the home crowd as Djokovic won 4-6 6-1 6-2 6-2.

That Draper got a set off the world No1 and overwhelming tournament favourite was no small feat.

This was only the 19-year-old’s fourth match on the ATP Tour – his three previous coming the week before last at Queen’s Club.

Unlike on his Queen’s debut when he fell behind 5-1 to Jannik Skinner before launching his fightback, Draper looked surprisingly at ease while Djokovic repeatedly slipped on the previously unused grass surface and looked irritated for much of the opening set.

When Draper broke Djokovic to go 2-1 up it seemed only a matter of time before the Serbian, chasing that record-equalling 20th Grand Slam, levelled proceedings.

It set the crowd – half-full under the Government’s event research programme – into rapture although the biggest cheer of the day was reserved for Royal Box guest Professor Sarah Gilbert, creator of the AstraZeneca jab.

It seemed improbable that Draper could sustain his big hitting and his opponent duly broke for the first time in his opening service game.

From there, any potential Djokovic blip was quickly eroded as his serve, implausibly once a weakness in the past, began to fire and Draper could do little in response.

Djokovic was full of praise for him in the aftermath. He said: “He’s a youngster, only 19, I haven’t seen him play too much prior to Queen’s. Walking onto Wimbledon Centre Court for him for the first time, he has done extremely well. He deserves credit and I wish him all the best for the rest of his career.”