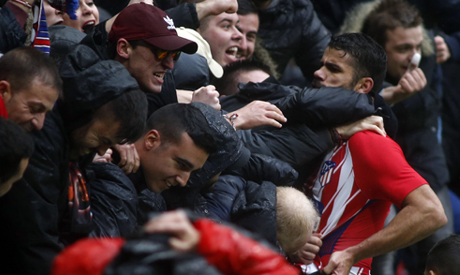 Atletico Madrid forward, Diego Costa, is set for a spell on the sidelines after suffering a slipped disc.
“The club’s medical staff have done some scans on Diego Costa to assess the neck problems he has been suffering from in the last few days. Those tests have revealed that the striker is suffering from a slipped disc,” said a statement from Atletico.
“In the next few days he will be assessed by neurosurgery specialists in order to establish a definitive treatment plan.”
Atletico did not state for how long Costa would be out but Spanish media reports said he would miss Atletico’s next La Liga game away to Granada on November 23.
Costa, 31, has had a largely unsuccessful second stint at Atletico since rejoining the club from Chelsea in January 2018.
He has started eight of his side’s 11 La Liga games this season, scoring two goals.