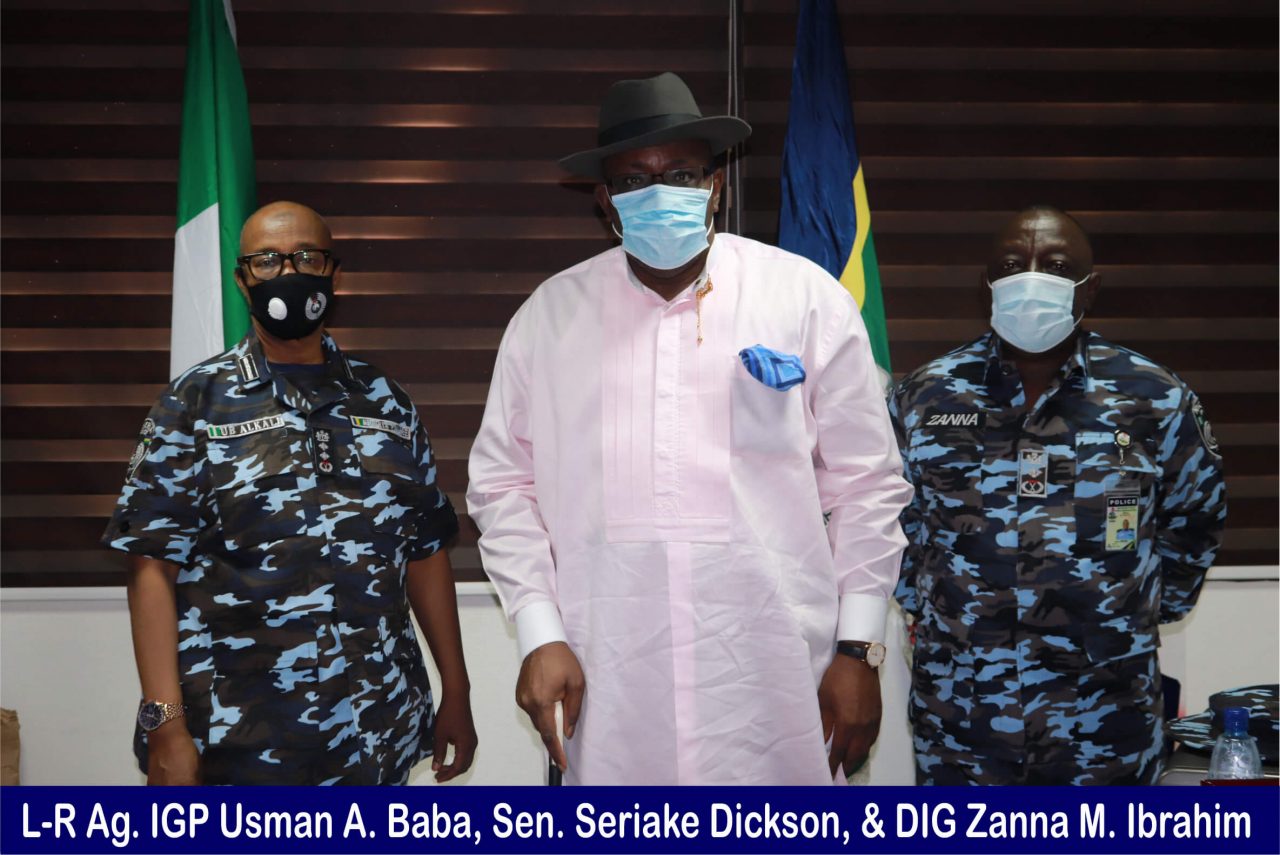 This was disclosed in a statement by the Force Public Relations Officer, CP Frank Mba.

Dickson said he was at the Force Headquarters to express solidarity with the police chief and the entire police family on the account of the dastardly and criminal acts of terrorism, unprovoked and coordinated attacks on police personnel, and malicious damage of security assets and other government infrastructure in some parts of the country.

The senator condemned the attacks and called for a cessation of all such criminal acts.

He asserted that the police are not the problem of the nation, and should not be seen as the enemies of the people.

While congratulating the IGP on his appointment as the 21st indigenous Inspector-General of Police, Dickson called for proper funding of the police to enhance its operational efficiency.

He also commended policemen and women for doing their best in the face of daunting welfare and operational challenges.

In his response, the IGP thanked the senator for his visit, and assured him and the Nigerian people that in spite of the numerous challenges the Nigeria Police are facing, they would remain committed and unwavering in the task of protecting lives and property.