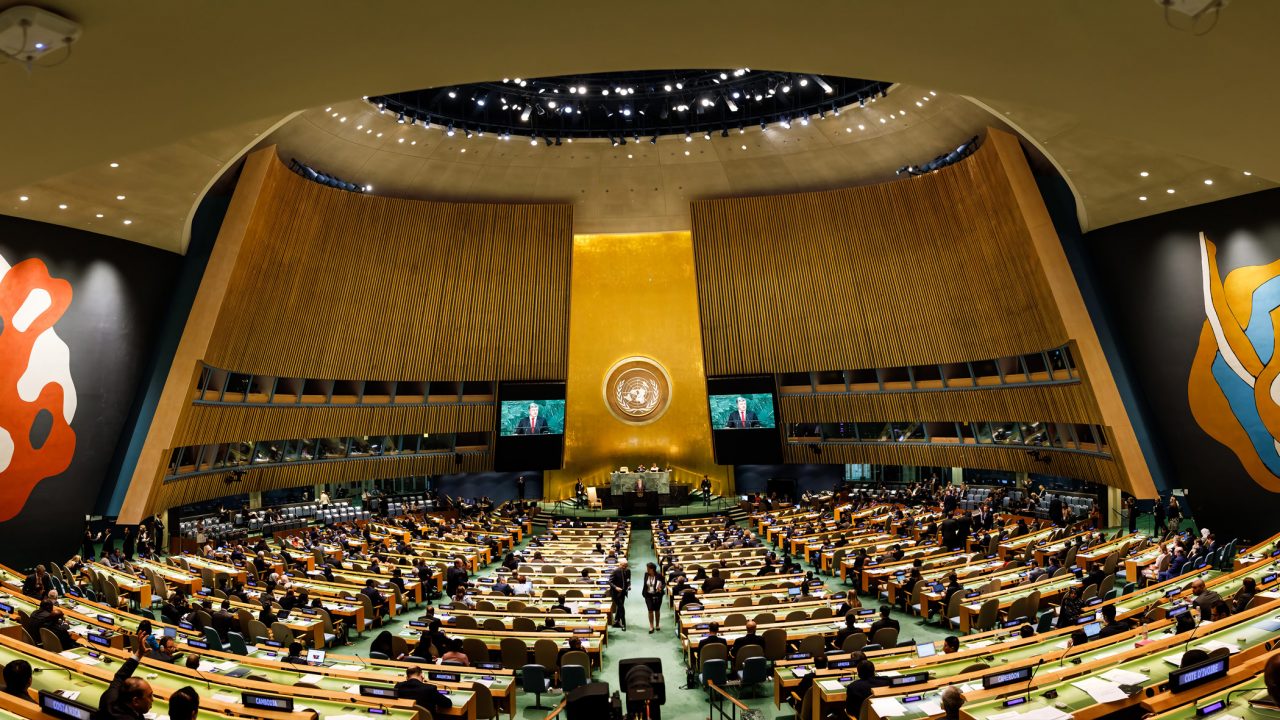 Some diaspora Nigerians stormed the streets of New York on Monday in support of their fatherland as world leaders assemble for the annual meeting of the UN General Assembly.

The solidarity and support campaign for continued existence of Nigeria as one geo-political entity was organised by ‘One Nigeria Group’.

The News Agency of Nigeria observed that the activities of the group had since gone viral on social media with their street demonstration and a flash mob performance in support of President Muhammadu Buhari.

Pictures and videos shared on Twitter, Facebook, Instagram and other social media platforms have been highlighting the successes of the various flagship programmes undertaken by the Buhari administration since 2015.

NAN observed also that participants waved the Nigerian flag, sported tee-shirts and displayed banners announcing progress made; their commitment to one Nigeria and a yearning for peace and progress.

President Buhari has since arrived in New York for the high-level meetings of the 76th Session of the UN General Assembly.

The theme for the session is ‘Building Resilience through Hope – To Recover from COVID-19, Rebuild Sustainably, Respond to the Needs of the Planet, Respect the Rights of People and Revitalise the United Nations’.

The Nigerian leader is also expected to hold bilateral meetings with a number of leaders of other countries’ delegations and heads of International Development organisations.

President Buhari and members of his delegation will participate in other high-level meetings such as the commemoration of the 20th anniversary of the adoption of the Durban Declaration and the Programme of Action on Reparations, Racial Justice and Equality for People of African Descent.

The delegation is also expected to partake in the Food Systems Summit, High Level Dialogue on Energy and High Level Plenary Meeting to commemorate and promote the International Day for the Total Elimination of Nuclear Weapons among others.