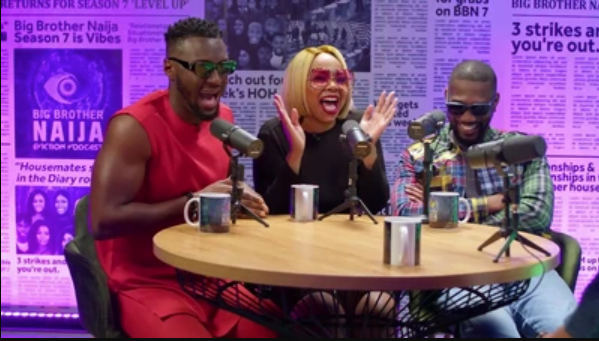 If there was one complicated ship in Big Brother Naija Level Up, it would be the Diana-Giddyfia ship, while the most unexpected would be the Deji-Chi Chi ship.

Apart from the peculiarities of their ships, evicted housemates Diana, Giddyfia, and Deji, had a swell time in Big Brother’s house. They opened up on these and other wild stories from their stay in Biggie’s house with Elozonam in the sixth episode of Showmax BBNaija Eviction Vodcast.

Here are some of the juicy gist we garnered from their conversation:

You can watch all the exclusive conversations with the evicted housemates on Showmax with new episodes weekly. For more details on the Eviction Vodcast, BBNaija S7: The Buzz and other Showmax offerings, visit www.showmax.com or dial *447*2*2# from an MTN line to subscribe for Showmax mobile for as low as ₦1,200 to stay up to date on the drama from the BBNaija Level Up season.