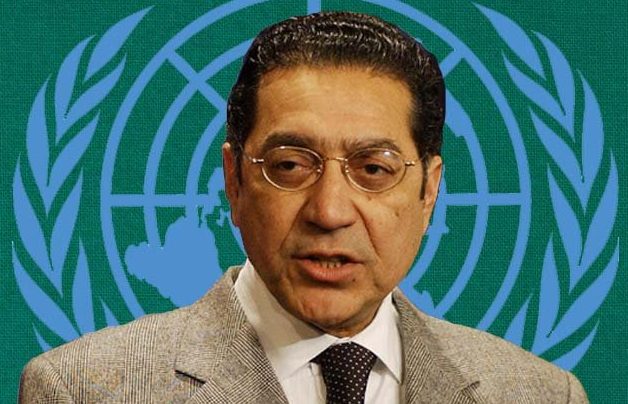 The President of the UN Economic and Social Council, Munir Akram, has said developing countries require need $4.3 trillion to realise the 17 objectives of the Sustainable Development Goals by 2030.

Akram spoke on Friday at the UN headquarters in New York at a high level meeting of the ECOSOC.

He said developing countries would need the $4.3 trillion to recover from the crises caused by COVID-19 pandemic.

ECOSOC is one of the six main organs of the UN and the pandemic is unfolding during its 75th anniversary.

The organ promotes collective action for a sustainable world.

The meeting was held one day after the conclusion of its annual High Level Political Forum to review progress towards achieving the SDGs.

The ECOSOC president said ensuring COVID-19 vaccines for all would be critical if the world was to defeat the disease.

“COVID-19 vaccines for all will be critical if the world is to defeat the pandemic,” Akram said.

Reflecting on the past year, Akram recalled how the council responded to the crisis, as well as climate and development challenges, including through drawing attention to the special needs of the world’s least developed nations.

He urged countries to build on the convergence and consensus achieved in order to confront major tasks ahead, starting with ensuring that everyone, everywhere, is protected against the virus.

He added: “Universal and affordable access to COVID-19 vaccines is essential to defeat the virus and to revive global trade, investment and growth.

“We have agreed on what needs to be done. We must now do it.”

On climate change, he highlighted the critical need for developed countries to fulfill their commitment to provide $100 billion annually in climate finance.

“Scaled-up investment in sustainable infrastructure, an estimated requirement of one trillion dollars per year, is essential also for the transition to a dynamic ‘green’ global economy,” he said.

He also called for action plans for job creation in sectors such as construction, renewable energy, transport and housing.

The ECOSOC President urged the international community to combat rising poverty and hunger through measures that include social protection and relief programmes.

Greater access to advanced technologies and innovations, particularly digital technologies, is another priority, as they are vital to achieving the SDGs and climate goals.

Akram also stressed the need to mobilise the political will to address structural and systemic barriers to equitable growth and development, namely unequal financial, tax and trade regimes.