Details of man who jumped into Lagos lagoon emerge 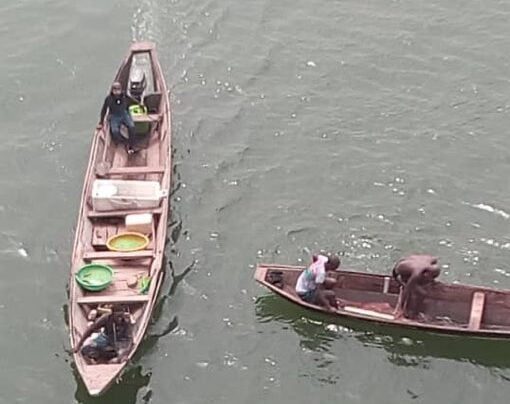 The Lagos State Emergency Management Agency has begun a search for one 22-year-old Daibo Davis who jumped from the Third Mainland Bridge into the lagoon on Saturday.
The Director-General of LASEMA, Dr. Olufemi Oke-Osanyintolu, made the disclosure in an interview with the News Agency of Nigeria in Lagos on Saturday.
Oke-Osanyintolu said LASEMA was collaborating with some other agencies in the rescue operation.
According to him, a male adult named Daibo Davies, who was born on July 22, 1998, jumped into the lagoon at 3:05p.m.
He said Davis was coming from a hospital with an Uber when he stopped and jumped into the lagoon.
He said LASEMA got information about Davies from the taxi driver.
He said: “The Uber driver said the missing guy was residing at 17, Sosanya Street, Gbagada Soluyi, Lagos.
“Investigations revealed that he told the Uber driver that he had a stomach upset.
“The driver stopped at his request; he then jumped off the bridge.”
The LASEMA boss said Davies had yet to be found as at the time of this report.
“The agency’s response team, with the Lagos Fire Service, Marine Rescue team, Lagos State Waterways Authority, Lagos State Traffic Management Agency, Marine Police and local divers are on ground,” Oke-Osanyintolu said.
He said that rescue operations were ongoing, adding that the agency would provide an update on the incident as soon as possible.
The Lagos State Police Command on Saturday evening announced that the search for Davies had been called off.
It announced this on the Twitter handle of its Rapid Response Squad.