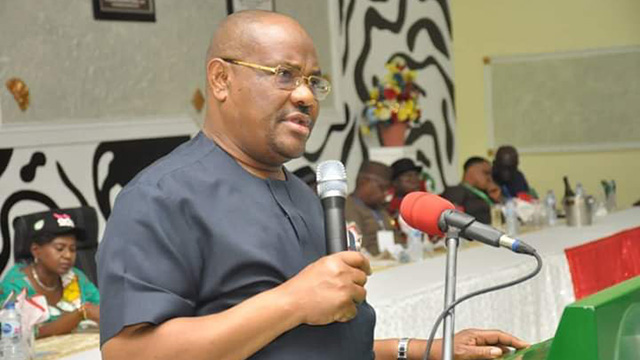 The Rivers State Taskforce on Traffic, Illegal Trading and Motor Parks on Wednesday exonerated its office from the killing of a bureau de change operator in the state.
Bright Amaewhule, the Special Adviser to Governor Nyesom Wike on Illegal Street Trading/Illegal Motor Parks/Illegal Mechanics, exonerated the office in a statement he signed and issued to newsmen in Port Harcourt.
Amaewhule said the attention of the office was drawn to the recent rumours making the rounds in Port Harcourt on the alleged killing of a bureau de change agent around Rumuola axis by members of the taskforce team.
He said: “I want to state categorically that the Rivers State Government did not initiate the taskforce to kill any of her citizens rather it is aimed at restoring sanity and standard way of living among its citizens.
“Therefore, the Rivers State Taskforce on Illegal Street Trading/Illegal Motor Parks/Illegal Mechanics dissociates itself from such misleading information being peddled by those who seek to defame the Rivers State Government in such a negative manner.
“I also want to inform the general public that the state government is investigating the incident to actually know the cause of his death, therefore, we urge all to be law abiding and continue with their normal activities, as everything is under control.”
Amaewhule warned those peddling fake news about the Rivers State Taskforce on Illegal Street Trading/Illegal Motor Parks/Illegal Mechanics to desist from such act or face the wrath of the law.