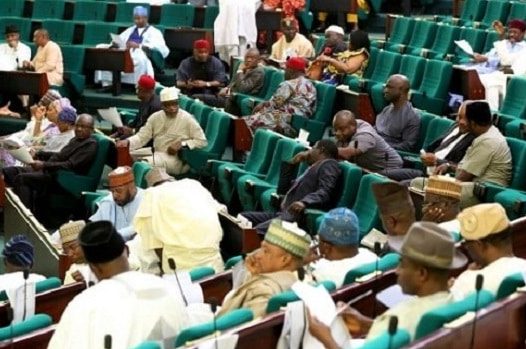 No fewer than 47 members of the House of Representatives on Tuesday disobeyed a resolution of the House to dress in black in solidarity with rape victims across the country.

The News Agency of Nigeria recalls that the House had on June 4 resolved to wear black at their next sitting scheduled for Tuesday in Abuja.

Among the lawmakers who jettisoned the resolution were the Deputy Speaker, Ahmed Wase (APC-Plateau); and the Majority Leader, Ado Doguwa (APC-Kano).

Other defaulters are the Majority Whip, Mohammed Monguno (APC-Borno); and the Chairman, Rules and Business Committee, Abubakar Fulata (APC-Jigawa).

While Wase wore an ash Agbada, Monguno and Fulata appeared in white agbada.

The Majority Leader of the House wore dark blue agbada, while many other members wore different colours, including the spokesman of the House, Rep. Benjamin Kalu (APC-Abia).

The House was however adorned with posters which read: “Reps Say No to Rape.”