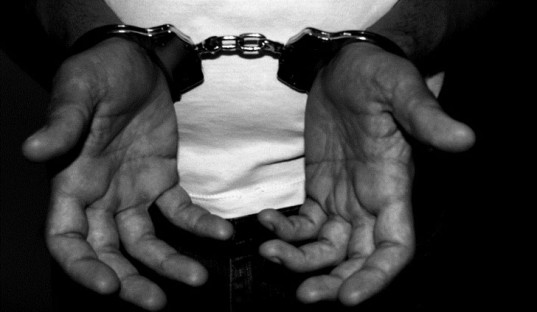 One of the armed robbers that plotted to raid Jugbale Market, Ovwian Aladja, Udu Local Government Area of Delta state has been shot.

The five-man gang opened fire on sighting the policemen during the escapade.

“In the ensuing gun guel”, said the Police Public Relations Officer (PPRO), DSP Celestina Kalu, at the command’s headquarters in Asaba, “the unidentified robber was gunned down while others escaped with bullet wounds.”

While Kalu listed the items recovered from the hoodlums to include a locally made cut-to-size gun and one live cartridge, she narrated how a student of Delta State Polytechnic, Ozoro, was raped to coma.

The victim, one Favour Orji, was lured by one Ekperierie Weomazino, her friend, to escort him to Owhelegbo junction, near Ozoro, where the gang ambushed themselves, to collect his handset.

“On reaching the junction”, the PPRO hinted, “the said Ekperierie Weomazino and four other hefty guys descended on her, raped her and thereafter took her photograph while she was unconciously naked.”

“But on receipt of the report, detectives swung into action and arrested the said Ekperierie Weomazino and his cohorts, including one Awolowo Abel, Chukwuka Godspower, Wilson Odili and Ojumah Kelvin.”

According to Kalu, the hoodlums had threatened to post the photograph on facebook if she tells anyone.

She said investigation is in progress to make the suspects “face the full wrath of the law.”