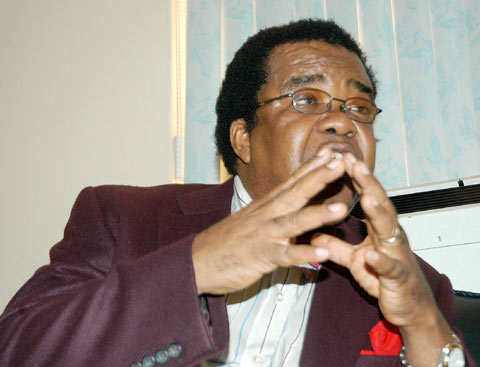 The Deputy Chairman of the National Conference, Prof. Bolaji Akinyemi, said on Tuesday in Abuja that the lunch of each delegate costs about N4,000.
Akinyemi said this following an observation made by a delegate representing the South West, Chief Ayo Adebanjo, based on a report in a newspaper that a plate cost N60,000.
Adebanjo had sought clarification from the leadership on the alleged cost of lunch to delegates as many delegates failed to have lunch because the food provided by the restaurant was inadequate.
Akinyemi said: “I know that it is N4,000 and something that Hilton is charging per plate.
“We’ve been battling to get an increase on that amount because frankly, I think N4,000 and something per plate is inadequate.
“But a budget was prepared for us and that was the figure that was put in the budget that we are now trying to accommodate.
“This is perhaps part of the problem that Transcorp Hilton is now saying: ‘if it is N4,000 and something per plate that you are paying us, we are going to make the rations small’.
“We’ve been fighting to try and see how we can get an increase in it.
“We have not been successful, but N60,000 is absolutely untrue.”
Another delegate representing the South East, Chief Chris Eluemunoh, also expressed dissatisfaction with the services being rendered by the restaurant and the amount being paid.
Eluemunoh said: “N4,000 is more than enough for a plate of food but we are not having it here.
“Let us change to a better place.
“They are not the best restaurant in Abuja here.
“There are private restaurants that can give us good food for N2,000.
“I mention Jevenik.
“Jevenik is one of them.
“I saw Jevenik here one of the days we ate and the next day we didn’t see them again and they gave us the best food.
“The day Jevenik served here, everybody ate adequately and their food was tasty.
“Jevenik gives us good food and everybody eats well.”
When Akinyemi asked delegates if more time should be spent on the issue, majority called for progress on the day’s agenda.
The Deputy Chairman assured those who had suggestions on the issue that the secretariat would handle it administratively.
Delegates on Thursday complained of low quality services and their failure to have lunch.
They, however, rejected the suggestion that their lunch be monetised when J.I. Ebinum moved a motion.