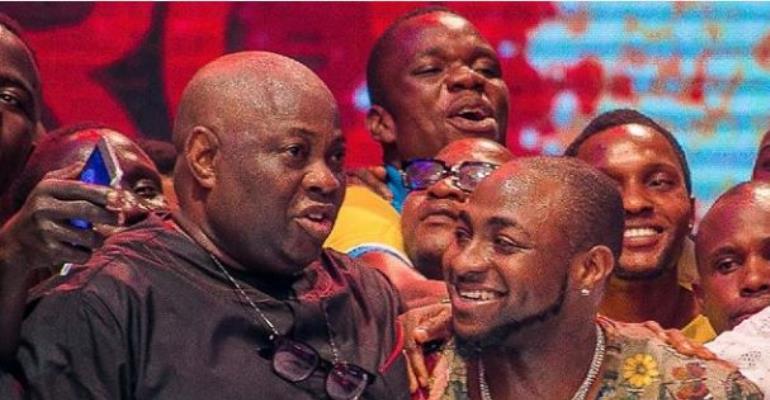 Rave-making Nigerian musician, David Adeleke, aka Davido, and Ovation Magazine Publisher, Dele Momodu, have finally reconciled after two years of “beef” over “Baby Mama drama”.
They settled their differences at the 10th edition of the annual Ovation Red Carol in Lagos on Sunday.
Davido apologised to Momodu after performing on stage, which led to a hug by the media mogul and host of the event.
Momodu later shared their photos on his Instagram page and praised Davido for his maturity.
He wrote: “True reconciliation, great joy… God bless DAVIDO… God bless DR ADEDEJI ADELEKE for his uncommon maturity.
“God bless the MOMODU family for that simple heart… We are a family.”
Both parties started a beef sometime in December 2015 following the baby abduction saga between Davido and Sophia Momodu, Dele’s niece and Davido’s baby mama.
The matter spiralled into war of words on social media between the duo, after an alleged attempt by Davido to “snatch” the baby from Sophia and travel abroad.
Momodu, however, reportedly stopped the skelewu crooner from taking the then seven-month-old girl out of the country without her mother.
Although, Davido apologised to the Momodus in the heat of the quarrel, the Ovation boss did not sheath the sword as he remained adamant.